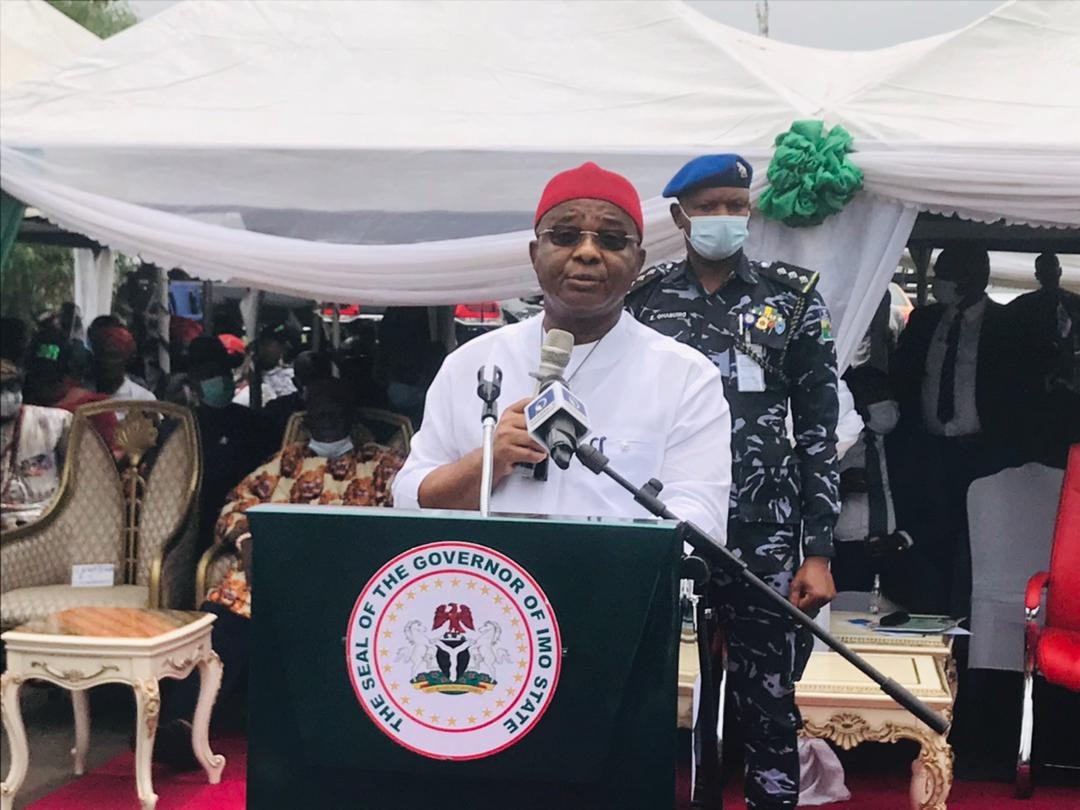 Imo State Governor, Senator Hope Uzodimma, has given reasons why the requests of the people of the state are treated “expeditiously” by the Federal Government.

The road was renamed after a former Governor of Imo State, Evan Enwerem.

At the event, the governor said, “Today, the Senate President, Distinguished Senator Ahmed Lawan and his Colleagues are physically present to witness the harvest of these roads which were done within our one year in office.

“A few weeks ago, our great Leader President Muhammadu Buhari flagged off the commissioning of the roads. Last Tuesday, the Vice President also honoured us with his presence to commissioned Dick Tiger road and Dick Tiger Street.

“The visit of the Senate President as the head of the legislature is significant because it shows the synergy that exists in the APC government between the executive and the legislature.

“For us in Imo State, we are lucky to have these heavyweights as our friends, meaning that our requests from the centre shall be treated expeditiously.

How Not To Take Over From Governor Rochas Okorocha. BY IKENNA...

innonews - February 20, 2018 0
Nobody can deny that Imo State has in the last few months been in the front burner of political activities in Nigeria. This is...