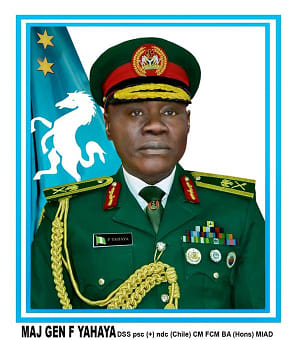 “Prior to his appointment, Major General Yahaya was the General Officer Commanding 1 Division of the Nigerian Army and the incumbent Theatre Commander of the Counter Terrorism Counter Insurgency military outfit in the North East, code named Operation HADIN KAI.”

innonews - May 31, 2017 0
Despite the strong and resilient clamour by Owerri Zone to produce the next governor of Imo State in 2019, an aspirant from Orlu Zone...

Enyeama Gives Reasons For Rejecting Offers From Arsenal and Spurs

innonews - April 23, 2020 0
Former Super Eagles goalkeeper and captain, Vincent Enyeama, has explained why he turned down offers from Arsenal and Tottenham Hotspur.

innonews - October 8, 2019 0
In the words of Walter Lippmann, “The final test of a leader is that he leaves behind him in other men the...