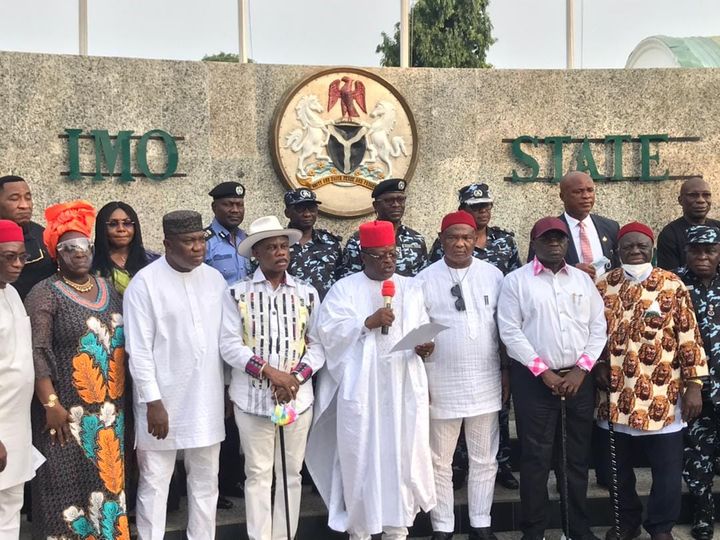 The Association of South East Town Unions, ASETU, has faulted the creation of regional security outfit, Ebubeagu by South East Governors and rather advised that local vigilante should be re organized, revamped and given the incentives to protect Igboland.

ASETU in a statement signed by its President, Emeka Diwe and Hon Gideon Adikwuru, Secretary, said much as “it is disposed to an all Igbo arrangement to secure ourselves, the structure and operational modalities of Ebube-Agu clearly run foul of the expectations of the people, and do not conform to the character of an indigenous security architecture of the Igbo society”

Part of the statement “Over the years, Igbo Communities have evolved ways of protecting themselves. They have done so through vigilante groups, which are also known as neighborhood watch groups in some places. These are the creations of the people themselves, administered by the Town Unions, and which reflect the peculiarities of each locality. They are  rooted in their various areas of operations, and their tentacles span every space within their Communities. The people trust them, and their access to intelligence is limitless.

“ And today, the Town Unions have evolved and coalesced into local government, zonal, state and national bodies. All that is required now is to energize these already-existing security structures, facilitate their  capacity upskilling by training and retraining their field operatives and providing them equipment necessary to confront the situation of the day. This is what Ebube-Agu should  look like in order to be effective and retain the trust of the people.

“The disconnect between the people at the grassroots and the political leaders is real. This gulf has in part contributed to the restiveness that now reigns in the Region, and such mistrust is further fuelled by the creation of an entirely alien security outfit, which the people will be understandably suspicious of. The current Ebube-Agu arrangement whereby the Governors handpick their loyalists to constitute will not serve the security interest of the Region, and may end up achieving the opposite of its expectations. The local vigilantes which naturally belong to the people should be reorganized, revamped and given the incentives to secure Igboland.

No Reason To Dump APGA- Obiano

innonews - June 16, 2017 0
Anambra State Governor, Willie Obiano, has said he has no reason whatsoever to quit the All Progressive Grand Alliance, APGA for another political party. In...

innonews - June 27, 2017 0
A group of Southern elders have met and said that no region will meaningfully benefit from the disintergration of the nation. At a meeting, Tuesday,...

innonews - July 31, 2018 0
A former member of the Golden Eaglets, Samuel Kuchili is dead. His death was announced by the management of Mighty Jets Football Club of Jos. A...