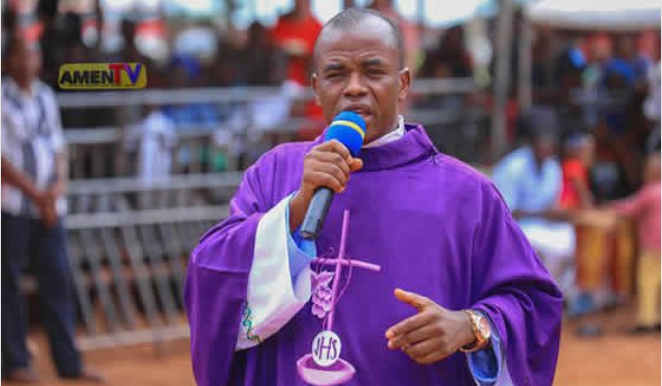 Supporters of the priest had taken to the streets of Enugu to demand his whereabouts.

The Ohaneze Youth Council Worldwide, OYC had raised an alarm on Wednesday morning that the cleric had disappeared.

However, later in the day, Mbaka returned in a vehicle amidst thunderous ovation by his supporters. As at the time of filing this report, he is addressing his supporters.

innonews - May 19, 2022 0
Ahead of it's forthcoming primaries, the Peoples Democratic Party, PDP in Imo State, has directed aspirants vying for...

IPOB: “Army Would Have Executed Our Members If Not For Saraki,...

innonews - September 24, 2017 0
The Indigenous People of Biafra (IPOB) had alleged “ mass execution of members of IPOB would have commenced under the cover of Operation Python...