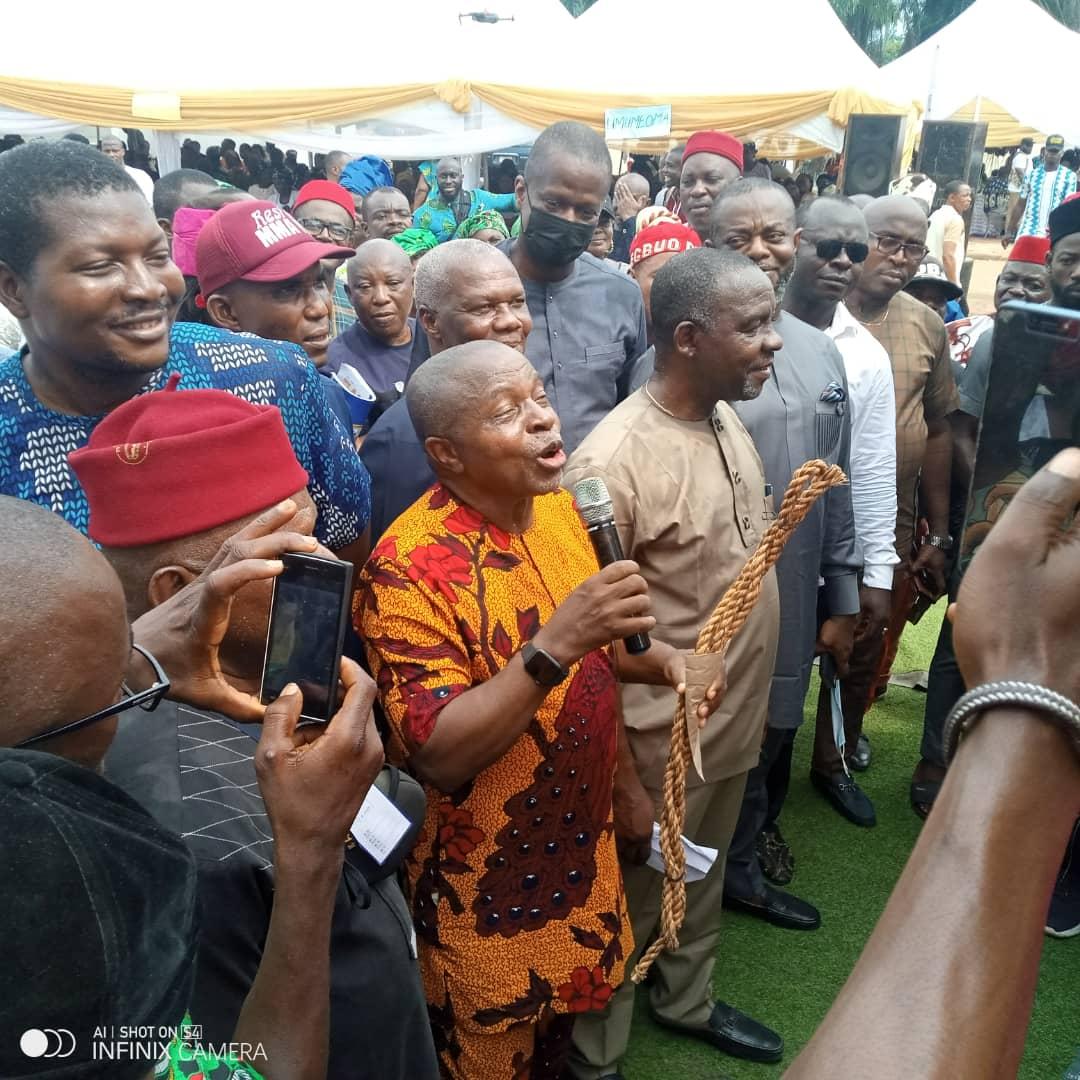 Others include federal and state lawmakers, the Orluzurumee, political appointees from the South East, prominent traditional rulers from Orlu and Ideato, leadership of different socio-cultural organizations from Imo State, youth organizations and captains of industry.

Onu described the deceased as an amazing woman of great warmth, who made many contributions to her community; whose numerous good deeds would remain evergreen in the hearts of many for a long time.

Imo deputy governor described death as inevitable call that every man must answer, and called on the Diwe family, friends and associates to be strong and take solace in God “for her long life, wonderful legacies and the enduring footprints she left behind.”
In a homily during the funeral Mass at St. James Catholic Church, Akpulu, the Catholic bishop of Orlu Diocese, Most Rev. Augustine Ukwuoma, described death as a necessary end, which every human being must undergo.

He called on the Diwes to immortalise their matriarch by following what he described as exemplary and godly life led by her mother.

The ASETU leader, Diwe, appreciated the outpouring of condolences and goodwill messages from sympathisers, noting that his mother, at 92, was the oldest that ever lived in the entire history of the Diwe family, thus, opening the longevity gate for the family.

He said: “The principles that shaped my life largely mirror the strength of my mother’s character, her unflinching faith and advocacy for religious living.”

innonews - May 31, 2021 0
Irrespective of political affiliation, the South East Caucus of the National Assembly, have put aside their political leanings, to kick against what...

innonews - January 21, 2019 0
The legal fireworks over the governorship ticket of the People Democratic Party, PDP in Imo State took a new dimension Monday...