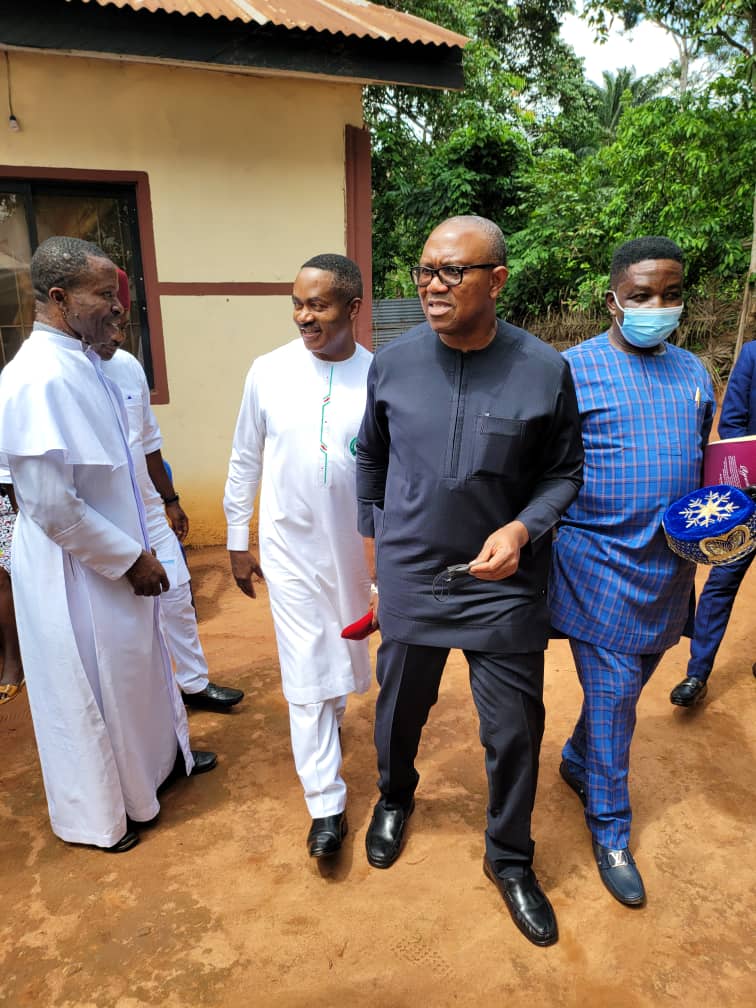 As the governorship primary of the Peoples Democratic Party holds on June 26, one of the frontline guber aspirants, Dr Godwin Maduka, appears to be in pole position to grab the governorship ticket of the Party.

Maduka’s recent political romance with the leader of the party and former governor of the State, Dr Peter Obi, is sending shivers down the spines of other PDP governorship aspirants.

Though the former governor may not have openly endorsed any aspirant for the party’s guber ticket, it is believed he may be ‘sympathetic” to the guber bid of the Orumba born politician.

The former governor has remained a political colossus in the State and has maintained a father figure status in the State, because of his outstanding and impressive performance, when he governed Anambra State for eight years on the platform of APGA.

It is believed that whoever Dr. Peter Obi endorses for the PDP guber Primary and forthcoming guber election, is one inch close to Government House, Awka.

Observers of the forthcoming governorship election in the State, contend that the recent romance between Dr. Maduka and Peter Obi, is also raising eyebrows among stakeholders in the State, including aspirants in APGA, APC and other political parties.

The event was part of activities to celebrate World Sickle Cell Day.

Dr. Maduka and Peter Obi were together, when they paid a condolence visit to the family of late PDP Youth Leader in Agulu Ward one, Jonathan Obiesie.

While condoling with the family of the deceased to bear the loss of Mr. Obiesie with fortitude, Dr.Obi, also spoke on the need for the people of Anambra State to elect a credible governor in the forthcoming election.

He said Anambra State is in dire need of someone committed to the development of the State, and not one who will embezzle State funds and impoverish the people.

He also stated there is need for the people of the State, to elect a governor who has positive antecedents and good records in the past.

Political observers contend that Dr.Obi’s postulation, perfectly suits Dr. Maduka, who is the only governorship aspirant, known to have impacted positively on the lives of the people of Anambra State through the activities of his Foundation.

innonews - September 9, 2017 0
Amidst pomp and style, Owerri, Imo State capital, last weekend went agog as it witnessed the colourful funeral of one of Nigeria’s accomplished elder...

innonews - April 16, 2019 0
Five members of the Imo State House of Assembly have been recalled.  The recalled lawmakers were Chiji Collins (Isiala Mbano),...