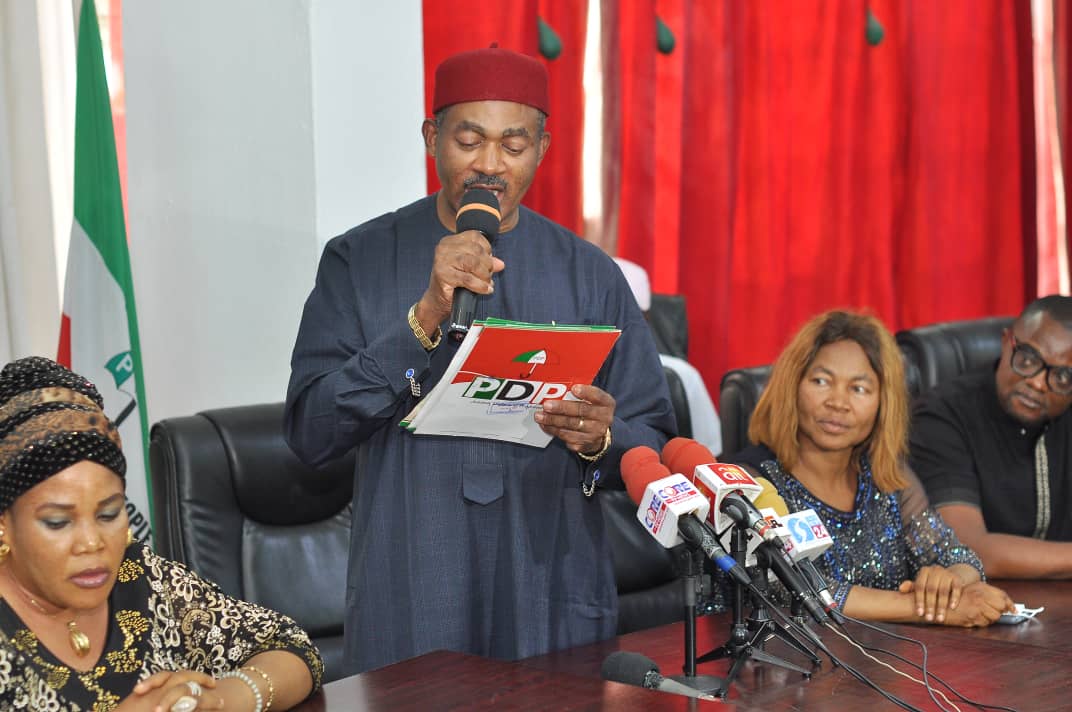 The Independent Leaders Forum (ILF) at a press conference held in Awka, had called for Maduka’s disqualification on the grounds that he gave bribe to statutory delegates of the PDP governorship primary scheduled for June 26, 2021.

In a statement in Awka, the AAC said there is no iota of truth in the allegations, leveled against Dr. Maduka, but rather the figment of the imagination of those who are scared of his towering profile.

President of the AAC, Alfred Onyeabo, said Dr Maduka never at any time, faulted the threshold of N3, 000 approved by the aspirants and the party leadership for the statutory delegates.

He said “The fact remains that Dr. Maduka, is a stickler for rules and a respecter of order.

“He never gave the delegates above the approved sum as agreed by the aspirants and the party leadership. He complied with the terms of the agreement.

‘Dr. Maduka’s Foundation, which has received several awards for it’s acts of philanthropy across the country and known across Anambra State and beyond for its genuine humanitarian activities, has a tradition of doling out largesse to indigent people of Anambra State.

“Thus, it is not out of place for such largesse to be extended by his Foundation to those who support and back his aspiration to become governor of Anambra State.

“The largesse of N50,000, which is nothing unusual for the foundation, was doled out to Indigenes to demonstrate the support of the foundation to their families and to aid their individual engagements.

According to him, Dr Maduka is a global respected icon in modern medicine and he could not have achieved such feat if he is not a respecter of rules.

“Those peddling this falsehood against him have clearly shown their desperation to resort to Pull Him Down Syndrome, PHD, which is their stock in trade.

“We believe that the resort to tarnish Dr Maduka’s image barely few weeks to the party’s governorship primary, clearly reveals their fear, that he is the favoured among the delegates and party faithful of the PDP for the governorship ticket of the party.

“We advise them to focus on the party primary ahead and ensure that the PDP produce a formidable governorship candidate in the mould of Dr. Maduka, a man who has shown undiluted capacity to win the Anambra governorship election for the party.

innonews - October 11, 2020 0
The Union disowned the group which set up a parallel exco The Imo State chapter of the Nigeria...

innonews - May 12, 2021 0
As the South East passes through trying times occasioned by insecurity, the apex sociocultural body in the region, Ohanaeze Ndigbo, has been...

innonews - May 11, 2017 0
Acting President Yemi Osibanjo has declared that President Muhammadu Buhari treats him like one of his sons. According to a statement by the Acting President’s...

innonews - April 23, 2022 0
About more than 100 persons, mainly youths may have been roasted to death as fire rocked an illegal bunkering site at Abaezi...