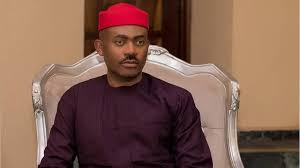 Majority of delegates disenfranchised by the Peoples Democratic Party, PDP in Anambra State for the party’s governorship primary, which took place on Saturday, June 26, have taken a swipe at the party leadership, lamenting that the exercise was undemocratic and “a coup” against one of the leading governorship aspirant, Dr. Godwin Maduka.

Most of the delegates who spoke to our reporter said they preferred to vote for Maduka before the PDP leadership suddenly changed the rules of the primary midway in the contest.

“I was set to cast my vote for Dr. Godwin Maduka at the primary before suddenly like a coup against him, the elected party delegates were withdrawn from taking part in the Primary.

“It is unfortunate that the PDP has not divorced itself from such undemocratic practices and political roguery which has always been its undoing. It’s very unfortunate” said Hon Chris Ezeuogo, one of the elected delegates from Aniocha South Local government.

Maduka seems to have found favour and acceptance from most of the elected delegates across the party in the State ahead of the June 26, 2020 governorship primary won by Valentine Ozigbo.

Citing Court orders, the party by the decision, left only serving and former public office holders belonging to the party to choose its governorship candidate for the November 6, 2021 governorship election.

By the exclusion of 94% of the delegates (over 3,000), only 6% of the delegates (about 290) choose the candidate of the party, an act which put to question the democratic credentials of the PDP, and may further divide the party ahead of the governorship election.

According to some of the disenfranchised delegates, the process was a deliberate attempt to deny Maduka, one of the astute guber aspirants in the party, the opportunity to become the governorship flag-bearer of the party.

It was observed that Maduka’s level of acceptance among the party executives, and the elected delegates had soared because of his commitment to the party and close relationship with party faithful, members and the delegates.

Another disenfranchised delegate, Hon Kenneth Odili from Ekwusigo Local government said Maduka is the only governorship aspirant who has done so much for the PDP in Anambra State.

He said “At a time this party was almost dead, this man revived the party. He is always ready to assist the party at any time. He never hesitated. He had donated vehicles to all the local government chapters of the party. He had also donated huge funds to the party on several occasions, particularly many times the party had gone into fianancial distress. He was like the messiah of the party.

“This and among other things endeared him to the party delegates, who wanted to use their votes to reward the Orumba born politician.

Chief Ugonabor Omemba, another party delegate was furious with his disenfranchisement as a delegate.

His words “ “The PDP in Anambra state has goofed. They have begun the process of losing the governorship election on November 6 by not choosing Dr Maduka. He is the only aspirant with the political muscle and financial stamina to match Obiano, Soludo and APGA and the APC.

“He is acceptable across the state and very popular. We needed such a candidate who would have give APGA and APC a run for their money in the governorship election.

Chief Omemba advised Dr. Maduka to leave the PDP for another political party to further his guber ambition.

“I call on Dr. Maduka to leave the PDP and choose another political party. I and other disenfranchised delegates and many of our members in the PDP, who are unhappy with this undemocratic practice, are willing to go with him to any part of his choice.

innonews - September 25, 2018 0
In a dramatic twist, the All Progressive Congress, APC has released mode of primaries to elect candidates of the party. Contrary to claims by the...

‘God Did Not Come From Heaven To Make You Speaker, Araraume...

Babangida Tells Atiku What To Do After Losing Presidential Polls

innonews - March 20, 2019 0
*BY NED OKORO* Justice Taiwo Taiwo of Federal High Court, Abuja has adjourned on the matter brought before...