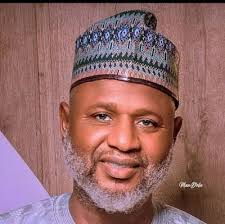 Senator Yarima described General Abubakar, as a pillar of democracy in the country, having played a valuable role to ensure the return and sustenance of democratic governance in Nigeria.

The three times Senator and former Governor of Zamfara State stated that the nation’s history books will be incomplete without unveiling General Abubakar, who has remained a statesman, and whose contributions to national development have never gone unnoticed.

Senator Yarima said “Nigeria’s journey to democracy was kick started by General Abubakar, and he ensured that the journey was not fruitless, as  he successfully berthed  the country on the shores of civilian rule in 1999”

Senator Yarima who spoke through the former Imo State Commissioner for Information Tourism and Public Utilities, Prof. Vitalis Orikeze Ajumbe, the South East Coordinator of Yarima Support Organization, YSO described the General as a beacon of hope, an indispensable asset to the nation, whose services he has continued to devote to the nation and to Nigerians.

Senator Yarima wished the former Head of State well, and many more years of good and sound health.

innonews - February 3, 2019 0
* By Nnaemeka Onwusereaka* The political atmosphere in Imo State has become charged, and the governorship...

innonews - June 26, 2017 0
Leader of the Indigeneous People of Biafra, IPOB, Nnamdi Kanu has taken a swipe at former President Goodluck Jonathan, saying he is the real...