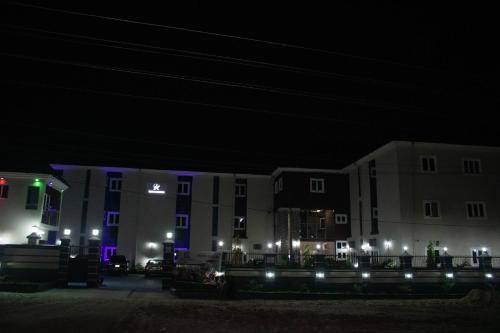 An Owerri based economist and public policy analyst, Mr. Ralph Ejimkonye, has raised an alarm on the consequences of crumbling night economy in Imo State, revealing that the state may lose N3 billion naira annually, if the current security breaches, which affect the economy of the state persists.

In a statement sent to INNONEWS, Mr. Ejimkonye pointed out the consequences of a crumbling night economy in the State.

“Across the globe, night economy has remained an indispensable component to the overall economic growth and stability of a nation or a State.

“One of the major ingredients of a prosperous nation is the functionality of a night economy whose impact on the well being of the citizenry cannot be under rated.

“Night economy in Imo State is crumbling. The state had one of the booming night economies across the South East.

“Owerri, the state capital, a quiet, serene, and bubbling city, is the epicenter of a growing night economy. All that seems to be disappearing, as the state capital has lately witnessed security breaches because of the activities of unknown gunmen.

“This has led to the dislocation of the night economy of the city as residents scamper home before 6Pm.

“Business outlets- pubs, eateries, hotels, are worst hit by this unsavoury development. They are forced to close before 7pm.

“This sector which witnessed a boom in the past five years, with a huge capital inflow of over N3 billion naira annually and attendant employment opportunities for youths in the State, is not only shrinking but on the verge of crumbling.

“Statistics show that Imo State is the hub of the hospitality business in the South East zone, a development which has led to influx of investors and fun seekers from neighbouring States.

“The entertainment sector, which usually thrives at night, has also been badly affected by the recent security breaches in the State capital.This has forced nollywood actors and actresses who come to the city to act, to flee.

“The implications of a crumbling night economy for Imo State is huge, because its spiral effects, could translate to a stunted or retrogressive growth in almost all key sectors of the economy of the state, such as tourism and real estate.

“One of the propellers of a functional and buoyant economy is security. And when one arm of the economy, such as a night economy is adversely affected, there is need to take proactive and immediate steps to reverse the trend.

“Governor Hope Uzodimma and his administration must continue to do all it could to tackle the rising level of insecurity in Imo State, in a bid to save the Imo economy from further ruination.

“The security agencies also deserve huge applause thus far, in restoring order and sanity in the state. Their efforts should also be applauded.

innonews - June 1, 2018 0
Ahead of next year’s general election, the State chairman of the Grassroots Development Party of Nigeria (GDPN), Hon Ben Diribe has declared that his...

innonews - November 12, 2018 0
An expedited action on the proposed minimum wage has been canvassed. The Nigerian Labour Congress, NLC has called on President Muhammadu Buhari to transmit the...

Group To Nnamdi Kanu: You Lack Authority To Demand For Biafra

innonews - December 21, 2020 0
A group, The Movement Against Dissidents in Nigeria, has said leader of the Indigenous People Of Biafra, IPOB,...