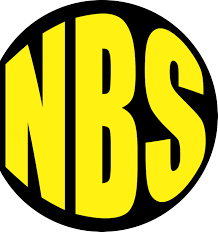 The National Bureau of Statistics, NBS, Thursday, revealed that Imo State do have the highest number of intending male migrants to Europe.

According to the NBS, 67 percent of males from the state want to travel to Europe, followed by Lagos State with 50 percent.

According to the Bureau, the proportion is lower for females, with between 32.7 percent in Imo and 50.3 percent in Lagos.

The NBS, months ago, had rated Imo State as the unemployment capital of the country.

Dr. Yemi Kale, Statistician General of the Federation, while presenting the 2020 Report on Awareness and Perceptions of Migrants on the dangers of irregular Migration in Nigeria in Lagos,said the most common route of migration involves passage through the desert and oversea.

According to the NBS “The survey result further shows that among the respondents intending to travel in search of greener pasture to developed countries; Imo State had the highest with 67.7 percent among males while the least was Lagos State with 49.7 percent. The highest for females was recorded by Lagos State with 50.3 percent

Ernest Ibeneme, a public policy analyst attributed the NBS rating to high rate of unemployment in the State.

“Where are the jobs and employment opportunities to absorb thousands of Imo graduates churned out by several tertiary institutions in Imo State?

“There are no jobs for the youths. Last year, the State was rated the unemployment capital of the country.

innonews - December 14, 2017 0
The Peoples Democratic Party, PDP has kicked against the forceful eviction of traders at New Market by the Rescue Mission government of Governor Rochas...

innonews - April 18, 2022 0
Team Imo on Friday in Abuja took the 6th position in the first edition of the National...

innonews - June 25, 2018 0
Reactions have trailed the emergence of Barr Emma Ibediro as National Organizing Secretary of the All Progressive Congress, APC at its national convention held...