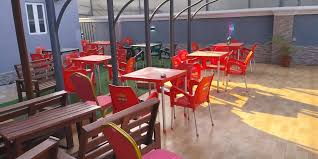 Night life in the city of Owerri and environs is gradually coming to a halt since insecurity in the state rose to an alarming level.

Also worst hit are drinking joints or pubs, including nite clubs where fun seekers go to sip beer and liquor and eat various delicacies such as nkwobi, a delicious local delicacy.

Since the guns began to boom in the state for two months running, residents of the Owerri hurriedly rush home before 6pm to avoid being caught in what has become a daily occurrence of shooting in the state between unknown gunmen and security operatives.

Owerri and environs had witnessed a surge in insecurity after the April 5 attack on the State Police headquarters, the State Correction Centre in Owerri. Several Police formations have also been attacked, including some offices of the Independent National Electoral Commission, INEC in the State.

Since after the incident, there has been unsavoury developments such as shootings at Orji area in the state capital which led to civilian casualties.

Owerri noted for being a household name in entertainment, but the situation has changed since security breaches began to occur frequently.

A beer parlour owner along MCC road by name Kenneth told our reporter “Things have really changed. Business is no longer booming. Most young men and women who come to my joint mostly in the evening hours to wine and dine no longer do so for fear of the unknown.

“Before the security breaches, I used to sell more than 20 cartoons of beer and other drinks in a week, but since the security situation went of control, you hardly see anyone here beyond 7 Pm. Business is really bad. Sales have dropped drastically

Mrs Augusta Egbuna, who also runs a popular joint at Mbaise road said “ I open in the morning and close before 6pm. Sales have dropped and people no longer come to the joints in droves like before. Everyone is scared of stray bullets which has killed many people. So we only pray the situation improves, so that business can pick up.

The Imo state government has continued to strive to improve the worrisome security situation in the state.

Part of the latest measures is the directive to traditional rulers and the police to immediately mop up arms in the hands of unauthorised individuals.

innonews - June 19, 2019 0
*By Chidi Ekeomam, Umuahia* The Abia State chapter of the All Progressive Congress, APC has kicked against the use...

2023:Those Who Are Threat To Igbo Presidency Exposed

innonews - May 2, 2022 0
As the crisis over Imo PDP Ad hoc Delegates Congress linger, the National Secretary of the Party, Senator Samuel Anyanwu has called...