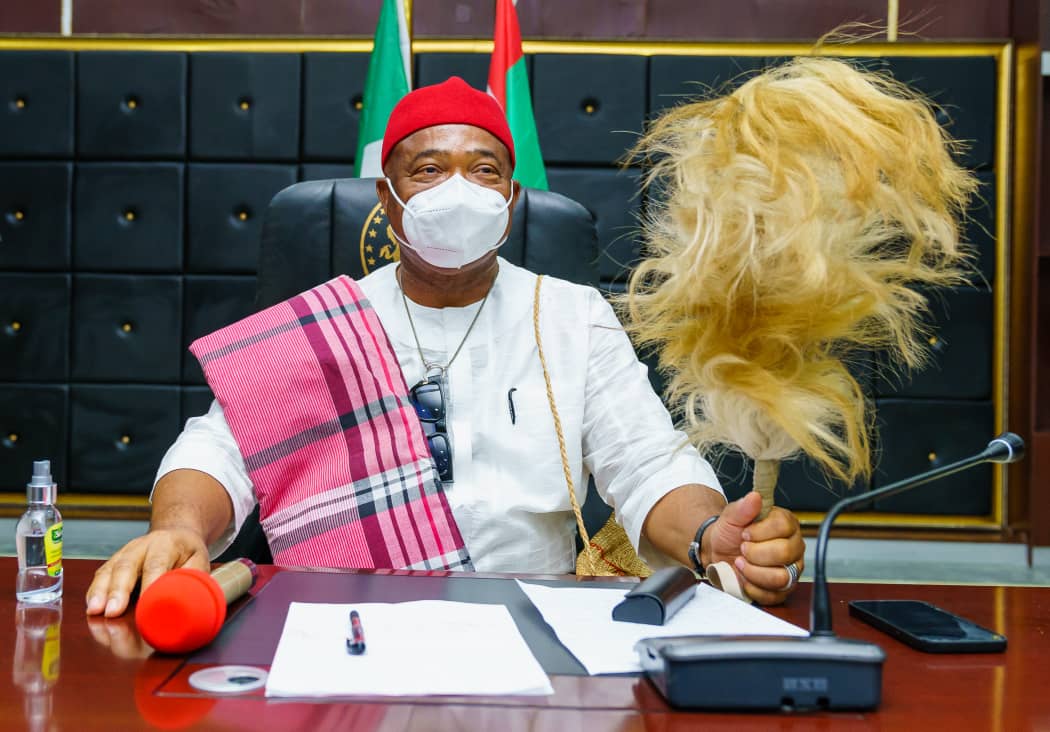 I took keen interest on the visit of Owerri Municipal leaders to Governor Hope Uzodimma at Government House, Owerri, on Thursday, June 17, 2021.

First, Owerri Nchi Ise is my birthplace. Second, the governor opened up on issues, which indeed revealed he is fully in the know of developments and events in the municipality.

Third, he demonstrated a burning passion for the development of the municipality on the basis, that leaders of the area should shun their “imeohe” politics or differences and work together.

The governor did not banter with words. He made his message clear, which is, make more friends and not enemies for his government, including those who did not support him, during his race to become governor.

He said “Nobody is perfect. I repeat, nobody is perfect… I am not interested in man made leadership. I only want to be a leader by God…Please if you like me, make friends for me, don’t make enemies, because I need more friends to succeed as a Governor than enemies.

He added “Why are we fighting? Why so much acrimony?. Why so much disunity? A brother will be looking at a brother as an enemy. Yet nobody took each other’s wife. So tell me what the problem is”

In other words, Governor Uzodimma wants leaders of the Municipality to put an end to ‘ashiri’ (gossip) and stop using it, as a weapon to chase away those in their midst, who really mean well for his government.

In Imo politics, ashiri (gossip) is the pattern. It is not peculiar to Owerri Municipal alone.Pull Him Down Syndrome, PHD is another. It has permeated so deep in our way of life, and entrenched in our style of politics.

And I m glad the governor is calling for an end to such negative behaviour. It is the weapon of a tiny few to undermine the majority.

Gov Uzodimma also said “It is true that some people were not in our party during the election, it is also true that there are people who never voted for us, but now I have become the Governor, I am the governor of all”

The disposition of the governor reflects his commitment not to segregate.He wants all hands on deck. He seeks the support of all, and not the eye service of a tiny cabal of few persons who would flock around him for percuniary gains, to the detriment of others.

The unity of leaders of Owerri Municipal is crucial to his plans to develop the State. And the governor never pretended about it.

He laid his cards on the table to his Owerri visitors, because he knows the unique position of the area and how strategic it is, to his plans for the State. No governor can afford to gamble with Owerri Municipal.Nde Owerri must understand this fact.

Governor Uzodimma warned of the consequences of a divisive Owerri Municipal, if some leaders of the area, particularly within the party continue the policy of segregation.

He said “Democracy is about numbers.Strangers are more in the municipal than Indigenes. So if you don’t carry yourself well, strangers will vote you out with large numbers. Remember the ballot box does not know who the oldest voter is or who the tallest voter is. Remember every vote is a vote and all the votes are equal.

The above narrative underscores his deep knowledge of the undercurrents and dynamics which shape Owerri municipal politics. In other words, it reveals the fact, that Owerri Indigenes must continue to imbibe the spirit and tenets of inclusiveness, which has remained the strength of the Municipality.

Owerri Municipal must open up to the Uzodimma administration. He has extended a hand of collaboration. It is up to the leaders to decide to move as one bunch, show undiluted support and solidarity.

Thus far, the municipality is the highest benefactor of his 3R mantra.

innonews - March 22, 2020 0
God is using coronavirus to prove to the world that he is still God almighty and in total control of the entire earth.