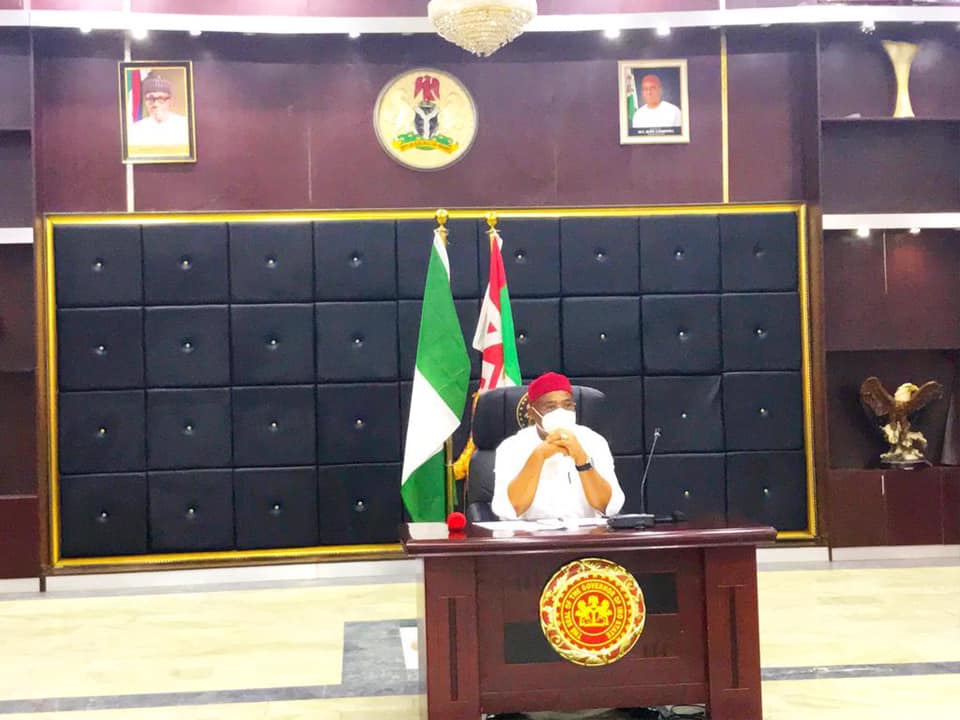 The days in office of the 27 Chairmen and members of Interim Management Committees, IMC, of the 27 LGAs, in Imo State, are numbered

He gave this indication when he had an interaction with leaders and members of some political strutures loyal to him on Tuesday night at Sam Mbakwe Exco Chambers, Government House, Owerri.

The political strutures are Camp Hope, Imo Hope For Good Governance and Hope Rising for Imolites.

The Interim Chairmen and members for the 27LGAs were appointed in March, 2020 by Governor Uzodimma

He also said soon he would conduct local government elections, noting that they are crucial and key to the development of the State.

innonews - April 29, 2018 0
*BY BEN IGWE* Some stakeholders in the All Progressive Congress, APC met the weekend at Ugiri ike in Ikeduru Local Government Area of Imo State...

innonews - October 22, 2020 0
Barely a week primary and secondary schools, resumed in Imo State, it has been closed downn again in compliance with the curfew...