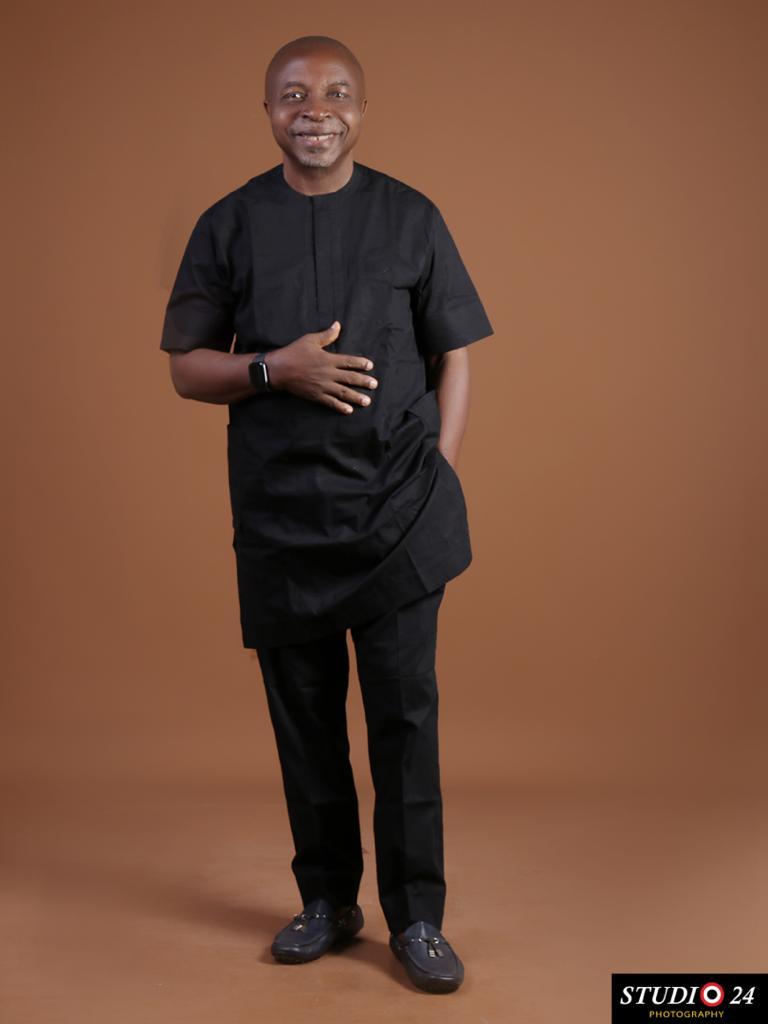 Dr. ThankGod Ezeani needs no profuse introduction in Imo State and in Nigeria. Every politically conscious person in Imo State should know Dr. Ezeani. He is a household name, at least in the entire Orlu Zone. So, we won’t bother making any introduction of him, besides restating that he once won the election to represent the good people of Ideato North and Ideato South Federal Constituency in the House of Representatives. He is a successful industrialist and an employer of labour with business interests that span across different segments and strata of industries. Dr. ThankGod Ezeani, popularly known as “Ogbaturuenyi nke izizi na Orlu” is happily married and blessed with children. He is a good Christian, a community leader, a silent big philanthropist and cheerful giver.

Dr. ThankGod Ezeani is the founder of the “Dr. Ezeani Centre for Leadership and Entrepreneurship”, a non-profit organization established to provide tuition free leadership and entrepreneurial training and skills to teeming youths and people. He recently inaugurated the Ezeani Media Centre, which manages his media relations. He also has recently appointed Dr. Ken Anaeme, a seasoned politician and leader of leaders, as the Director-General of his political organization.

Recently, the leadership of the Imo State House of Assembly announced the suspension of six members of the State Assembly. That action generated so much outrage from well-meaning people, particularly those with the added advantage of practical experience in representational politics as former lawmakers. Expectedly, the erudite economist and national lawmaker emeritus, Dr. ThankGod Ezeani, added his voice of experience in such an ill-advised legislative decision and action. And like other cerebral contributors, he condemned the suspension of the six lawmakers, and advised that their suspension be nullified, and the suspended lawmakers be recalled to perform the lawmaking function for which they were elected.

The intervention by Dr. ThankGod Ezeani received ample attention of Imo people and Nigerians that he was showered with commendations and applauses from people of good heart, that appreciate good, progressive ideas that will enhance the unity and peace of the State. And Ogbaturuenyi deserved all the encomiums he got and has continued to get.

That beautiful situation must have irked enemies of joy and happiness, whose warehouse, full of hatred and malice, never has space for positives. And they found escape through one obscure Ambrose Nwaogwugwu, who has become notorious for playing Judas Iscariot, collecting money and irresponsibly attacking people whose slippers, he will never qualify to clean. His paymasters that hired him to do the dirty job of failed attacks on His Excellency, Rt. Hon. Emeka Ihedioha and Dr. ThankGod Ezeani, have been identified, just as their aim failed to materialize.

Nwaogwugwu wrote their wish with the bitterness and pain of a hopeless failure. He had no reason to join issues with the candid opinions of Dr. ThankGod Ezeani on the Imo State House of Assembly altercations. But his exposed principal has a lot of reasons to hate and fight both Ihedioha and Ezeani simultaneously. He abused the former Deputy Speaker, House of Representatives, and former governor of Imo State, describing him in the false profile as “a wicked man that neither forgets nor forgives”. The same dirty job man hired by the man with the hatred and malice gene insulted Dr. ThankGod Ezeani with the idea that he was “an errand boy”, running errands for His Excellency, Rt. Hon. Emeka Ihedioha. The said writer of such unintelligent essay can only come about his warped mindset by listening to his paymaster’s voice of a rejected failure that misused his only talent given to him by his Master.

For the avoidance of doubts, Dr. ThankGod Ezeani has been in politics since the dawn of the 4th Republic. His reputation has never been put to question. Probably, only very few politicians, if any, of the generation of Dr. ThankGod Ezeani can boast of having not pursued their political ambitions in more than one political party. Hence, as the author was wrongly guided, there is nothing negative about Dr. ThankGod Ezeani changing political camps as the prevalent circumstances warranted at the point in time. At this moment, he has remained a pragmatic leader in Imo PDP, protecting the interest of Orlu Zone in various relevant fora.

It is an inordinate, sinister thinking for anybody to say that Dr. ThankGod Ezeani is subservient to anybody else to curry political favours. Yet, even if he does that, what is wrong in that? Did Dr. ThankGod Ezeani also serve Rt. Hon. Emeka Ihedioha to become the duly elected representative of the good people of Ideato North and Ideato South Federal Constituency in 1999-2003? Those that know will attest that Dr. Ezeani has been a man with his own mind and history of participation in politics long before many people of his age had the motivation to come into competitive elective politics. His character of according himself and others respect cannot be misconstrued as subservience. Yet, Dr. Ezeani is only a brother and friend to Rt. Hon. Ihedioha and never his errand boy as those mischief makers aver. For Dr. ThankGod Ezeani, there is no room for politics of bitterness, rancour and acrimony, do or die. Only recently he celebrated his kid brother, Rt. Hon. Sir Jones Onyereri, on the occasion of his 54th birthday. And Hon. Jones Onyereri is the most ferocious contender for the Orlu Zone Senatorial seat against his senior brother, Dr. ThankGod Ezeani. That is politics without bitterness.

Ironically, it is those who served Ihedioha like Ochanja and Ariaria Market apprentices and have remained his boys ever since till today, after he freed them by ensuring that they got a wasted seat in the House of Representatives, that are sponsoring media attacks on the immaculate personality of Dr. ThankGod Ezeani and their Master, Rt. Hon. Emeka Ihedioha. That is a very wrong way to go about the struggle for the Orlu Zone Senatorial seat.

What has remained incontrovertible is that Dr. ThankGod Ezeani is eminently most qualified and most suitable to represent Orlu Zone in the Senate at this time. He has the all-round capacity. Those that fought him for the seat in 2019 either failed or have proved to be unsuitable for the task of representing Orlu Zone people at the Senate. It must be reiterated that serving Orlu Zone people in the Senate is a very serious assignment, which only people with the right character and conduct, like Dr. ThankGod Ezeani, can effectively and efficiently carry out. The Senate is not a place for people with loads of negative character and conduct hanging on their necks and over-burdening them. The Senate is also not for people still hooked on youthful exuberance, that dance all over the society like young masquerades at festivals and festive seasons. The Senate is for the mature minds that are not encumbered by questionable character and conduct.

Be that as it may, Dr. ThankGod Ezeani, having in principle expressed his interest to go to the Senate to serve the good people of Orlu Zone in 2023, has a well designed and structured strategies and approaches to actualizing his genuine ambition and aspiration. If anybody thinks that any aspect of the process is tantamount to subservience to His Excellency, Rt. Hon. Emeka Ihedioha, so be it. Whether or not Ihedioha forgives or forgets, whatever the envious and jealous losers and failures have in their deflated minds, let it be between, Ezeani, Ihedioha and God. Nobody should be swallowing Panadol Extra for another person’s headaches. If it pleases God Almighty to see Dr. ThankGod Ezeani through to the Senate in 2023, there is nothing any mortal body, soul and spirit can do about it. To God be the glory!

Imo APC Declaration: No Anointed Candidates, All Aspirants Are Equal

innonews - September 2, 2018 0
The Imo State chapter of the Al Progressive Congress, APC has declared there are no anointed candidate(s) for any position. The party assured of a...

APC: Repositioning Our Party For A United Nigeria. By ADAMS OSHIOMOLE

innonews - May 10, 2018 1
DECLARATION SPEECH BY ADAMS ALIYU OSHIOMHOLE, CON, mni, TO CONTEST THE POSITION OF NATIONAL CHAIRMAN OF ALL PROGRESSIVES CONGRESS (APC) ON THURSDAY, MAY 10,...

innonews - February 28, 2020 0
Governor Hope Uzodinma has ordered activation of all health platforms in Imo State following the confirmation of one case of the Coronavirus...

innonews - February 22, 2020 0
By: GREG IWU A woman is alleged to have chopped off her husband's nose and tongue in Owerri, Imo...

innonews - October 15, 2019 0
The Imo Awareness Coalition, IAC, has said the reported alliance between opposition forces in the State against Governor Emeka Ihedioha, will backfire.