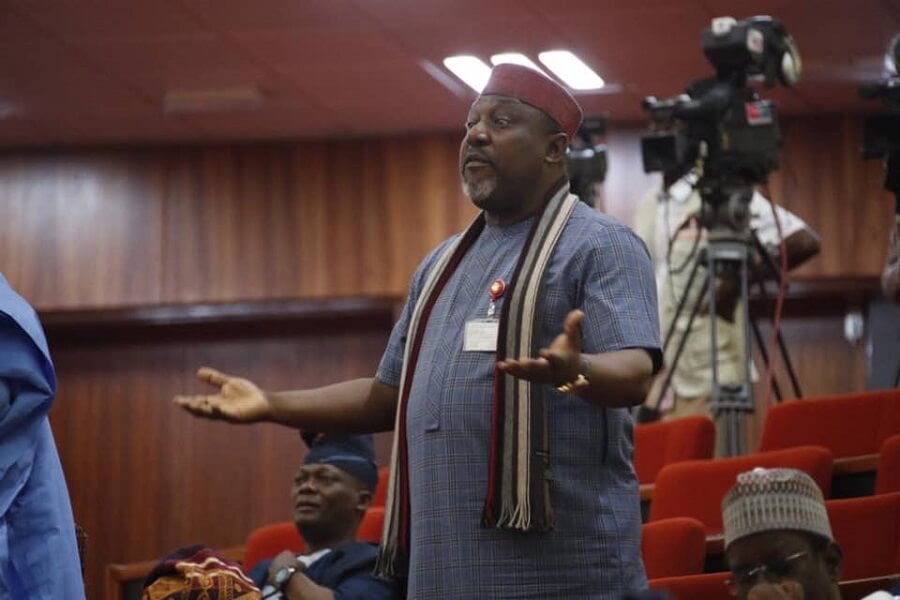 Former Imo State governor, Senator Rochas Okorocha, has again raised speculations that he and his political allies may be exiting from the All Progressive Congress, APC.

Okorocha’s political foot-soldiers did not participate in the ward congresses in the State held across the country on Saturday, an exercise dominated by followers of Governor Hope Uzodimma

Recall that the former governor and his followers had also stayed away from the party’s membership and re validation exercise.Even when the exercise was extended by two weeks in the State by the national leadership of the party, Okorocha, his ally, Senator Ifeanyi Araraume, and others did not revalidate their membership of the party.

Okorocha is having a running battle with Governor Hope Uzodimma over the party structure in Imo State.

He alongside Senator Araraume, two members of the House of Representatives, Hon Ugonna Ozuruigbo and Hon Paschal Obi, his son in law and 2019 governorship candidate of the Action Alliance, AA, Uche Nwosu,and others, stormed the APC national secretariat, Abuja, where they complained over Governor Hope Uzodimma’s high handedness in running the affairs of the APC in the State and sidelining them from the affairs of the party.

Uzodimma is backing the caretaker committee led by Marcellinus Nlemigbo.

Okorocha has been severally seen with Rivers State Governor, Nyesom Wike, fueling speculations that the Senator, may change party ahead of the 2019 general elections.

Take A Look At Some Elegant Dressed Celebrities At 2018 Vodafone...

innonews - April 16, 2018 0
There are a lot of elegant dressings in this 2018 Vodafone Ghana Music Award where celebrities look stunning and ravishing. Here are the photos of...

innonews - September 8, 2020 0
Senators representing Imo State in the Senate were found wanting among senators who have sponsored 10 bills or more in the Red...