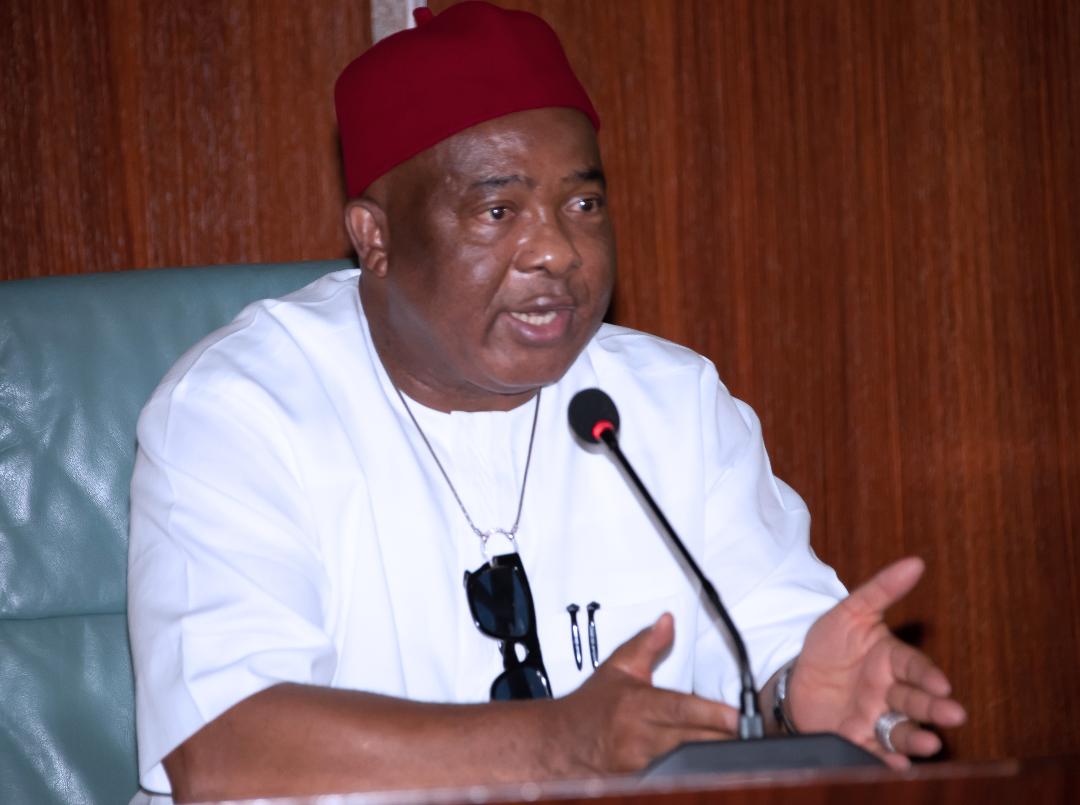 Governor Hope Uzodimma’s new look cabinet, may be a mixture of sorts, as he assembles a new team of Commissioners and aides to propel his second half of his first tenure in office.

A source exclusively told INNONEWS that the new cabinet would be a shocker to some of his loyalists, as the governor is said to have considerably gone outside his political enclave to recruit some of his new Commissioners and Special Advisers.

The source said “Though he is keeping the list very close to his chest, we are going to see more of new faces in this administration.

“He means business, and it is not going to be business as usual. He is determined to deliver and he believes the time for jokes is over. He is keeping everything close to his chest and some of his top aides are not privy to those he is reaching out or considering for appointments.

“A former federal appointee from Owerri zone will come on board. There were crazy issues about him in the past. But the coast is very clear for him now. Aside being a Commissioner, he is expected to stabilize Owerri zone for the governor.

The source continued “Solid political players will come on board from the three zones in the State. They will be anchor points of the governor in the zones. They are also expected to add technical value to the government. They would hold juicy positions. Some repentant members of the opposition are also coming in.Their job will be to poach others in the opposition and possibly weaken their fold.

“A wife of a former opposition leader who held a key position at the Zonal level of one of the opposition parties in the country may make the list. Another Senior Advocate of Nigeria, SAN, is also coming on board. He is also a notable politician from Okigwe zone.

“Some party officials are coming in.Though there are skepticisms about this. Three or four former Special Advisers, SAs are considered for elevation to Commissioners. Most of them will be retained particularly those who were adjudged to be performing and who are very relevant to the administration. Other layers of interest within the APC in Imo State will be accommodated. It is going to be a cabinet of mixed people- politicians, technocrats, professionals, experts.

“It will be surprises for many of those who are anticipating their recall to the cabinet after they were sacked in the first reshuffle.. This i can tell you for free” the source concluded.

innonews - May 25, 2018 0
*From David Uka, Abakaliki* Hundreds of people from Akpoha community in Afikpo North Local Government Area of Ebonyi State,have besieged the premises of the Ebonyi...

innonews - June 18, 2017 0
The Acting President  is in line with part of his consultations on the with notice to Igbos by Arewa youths asking Igbos to leave...

Oyegun:Confusion In Imo APC Over Governors Rejection Of Tenure Extension

innonews - April 5, 2018 0
Key players in the Imo State chapter of the All Progressive Congress, APC are keeping a close tab on unfolding political development in the...

innonews - August 15, 2020 0
Concerned Indigenes of Umuezuo Community, in Ahiazu Mbaise LGA, have called on other members of the community, to join hands with it...