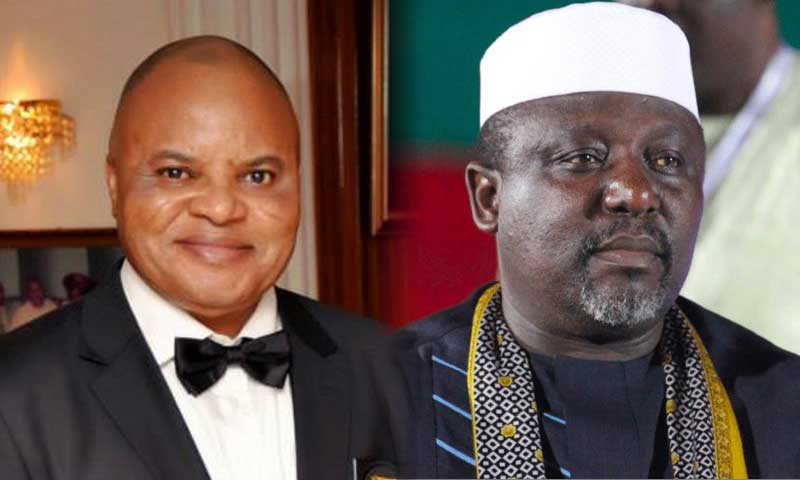 The duo, alongside some members of the House of Representatives from the State such as Hon.Ugonna Ozuruigbo, Hon Paschal Obi, and 2019 governorship candidate of the Action Alliance, AA, Uche Nwosu, are suspected not to have revalidated their membership of the party.

Despite the two weeks extension for the membership revalidation exercise in Imo State and four other States, the former governor and his allies are yet to take part in the exercise.

Okorocha has continously insisted that any exercise in Imo APC, not carried out by Dan Nwafor, whom he insists is the State Chairman of the party in Imo State, is null and void.

His claims however seems not to hold water, as the APC CECPC led by Mai Mala Buni,is working in cahoots with the Governor Hope Uzodimma backed Marcel Nlemigbo led Caretaker Commitee of the party.

There has been no official response from Okorocha why he has refused to participate in the extended membership Revalidation exercise, but reports surfaced on the social media from the camp of the former governor, alleging that those responsible for the extended exercise in the State, are yet to be sighted.

However, the Registration/Revalidation Commitee in the State, says it is winding up the exercise on July 22, 2021.

A statement on Tuesday signed by Godwin Anaughe, Chairman of the Commitee reads:

“The Imo State All Progessives Congress, (APC)  Membership Registration/Revalidation Committee wishes to inform all party members and intending new members, that the extended membership revalidation and registration exercise of the party which will close on thursday, 22nd July 2021.

“All interested members who are yet to revalidate their membership as well as intending new ones, are by this announcement, advised to visit their Local Government Areas Headquaters for their membership revalidation and registration on or before the closing date.

“Hurry and join the train before it departs!

innonews - April 5, 2019 0
Governor Rochas Okorocha and the Independent National Electoral Commission, INEC were in court today (Friday) over non issuance of his Certificate of Return...

innonews - April 8, 2022 0
The Imo State contingent to the 2022 National Science, Technology and Innovation Expo held in Abuja defeated all...

innonews - January 4, 2019 0
Reports say that immediate past Manchester United Coach, Jose Mourinho, may be set for a quick return to coaching as Portuguese...