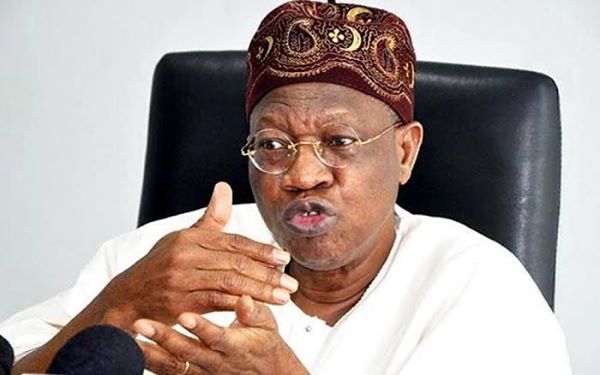 Minister of Information, Lai Mohammed, at press conference in Abuja, said Kanu had been on the trail of the nation’s security and intelligence agencies for over two years.

“It will interest Nigerians to know that for over two years, our security and intelligence agencies were on the trail of the proscriped IPOB leader as he lived a five star life across several countries, travelling on chartered private jets, living in luxury apartments and turning out in designer clothes and shoes.

“Of course, as we all saw, he was wearing an attire made by Fendi, a luxury Italian fashion brand, when he was arrested” he said.

Mohammed claimed that “forensic investigation carried out so far has revealed a treasure trove of information on the proscribed IPOB leader and his collaborators. While the investigation continues, we assure you that none of the collaborators, irrespective of their standing in the society, will be spared. They will all face the full wrath of the law for their activities that challenge our nation’s sovereignty and threaten it’s unity. No one, no matter how highly placed, is bigger than the country”

Reacting to speculations on how and where Kanu was arrested, the Minister said “What we can tell you, once again, is that the re- arrest was made possible by the diligent efforts of our security and intelligence agencies, in collaboration with countries which we have obligations. We continue to respect and honour the obligations”

innonews - September 13, 2018 0
Governorship aspirants on the platform of the All Progressive Grand Alliance, APGA from Imo State yesterday at the party’s Book Launch and Retreat in...

Cancer Patient Solicits For Aid To Undergo Surgery In India

innonews - January 23, 2018 0
A cancer patient with a large protruding tumour on the neck, sister Janeth Erdoo Tyavayar has passionately appealed to public spirited individuals for financial...

Imo 2019: I Have No Interest In Canal Endorsement- Eze Madumere

innonews - March 23, 2018 0
Apparently unfazed with the no support he is getting for his governorship ambition from his boss, Governor Rochas Okorocha, Imo State Deputy Governor, Prince...