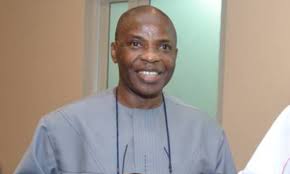 Ohakim was a key ally of former governor Emeka Ihedioha, who was removed from office by the Supreme Court on January 14, 2020.

The apex court replaced Ihedioha with Senator Hope Uzodimma of the All Progressive Congress, APC.

Ohakim is making plans to join the APC, after hosting leaders of the party led by the party’s State Caretaker Commitee Chairman, Marcel Nlemigbo last week.

The party leadership had wooed the former governor to cross over to ruling party.

Apparently reacting to media reports that he was making his entry into the APC, to dislodge some politicians in Okigwe zone, probably his long time political foe, Senator Ifeanyi Araraume, Ohakim, in a statement signed by his media aide, Emmanuel Chukwu, said “at no time during the meeting did the former governor say, for instance, that his planned entry into the APC will, to employ the very words in the fake news, “dislodge” other politicians in Okigwe zone”

Part of the statement read: “similarly, at no time during the meeting did His Excellency say that he was “the face of Ihedioha’s government”..

“Those familiar with Dr. Ohakim’s personal political lexicon and vocabulary would attest to the fact that he is not given to hyperboles, to say nothing of employing such ordinary and pedestrian language as was used in the fake news under reference.

“His Excellency enjoins the general public, both within and outside Imo State, to disregard the report in it’s entirety for being what is- fake;…..

Ohakim was elected governor of Imo State in 2007, on the platform of the Progressive Peoples Alliance, PPA.

He later defected to the Peoples Democratic Party, PDP, a party on whose platform he sought re election in 2011, but lost to Rochas Okorocha, then governorship candidate of the All Progressive Grand Alliance, APGA.

If he eventually joins the APC, it will be his fourth political party since he began his political voyage in 2003, when he was running mate to Hope Uzodimma, then governorship candidate of the now defunct Alliance for Democracy, AD.

innonews - November 4, 2018 0
*BY: RALPH EJIMKONYE* Inability to reduce their number and adopt three aspirants amongst them  were some of the key reasons why governorship aspirants in Owerri...

innonews - June 27, 2018 0
The suspension of four members of the Imo State House of Assembly has triggered fears and allegations that the State Deputy Governor, Prince Eze...