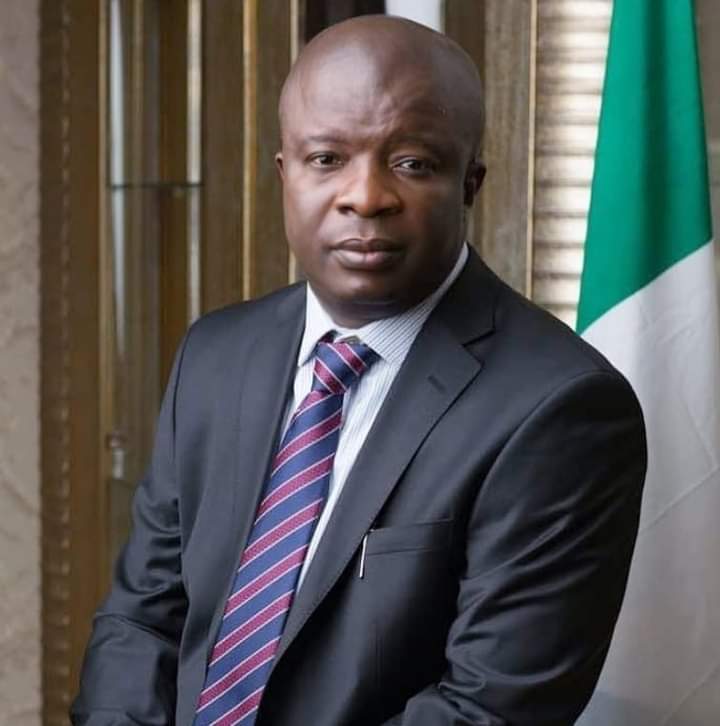 In the search for a new President of Nigeria in 2023, former Military Head of State, Gen Ibrahim Babangida (Retd), said Nigeria’s next President should be in his sixties.

Babangida’s postulation is premised on the basis, that the younger generation should be allowed to take over governance of the country.

His suggestion is anchored on the basis that the old and recycled set of leaders have taken the nation aback in all ramifications and should therefore take the back seat in 2023.

The same yardstick applies in Imo State, where the younger generation should come up strongly to take over the leadership of the State.

Since 1999, Imo State has witnessed the same set of political leaders, who always have their way to the saddle of governance. It’s all about the Araraumes, the Okorochas, the Ihediohas, the Hope Uzodimmas, etc.

No one outside this circle of political leaders have had access to the mantle of leadership in the State.

2023 provides that opportunity to break this chain and vicious circle.

It is time to reject leadership, who have not impacted positively on the lives of the people of Imo State.

2023 provides a veritable opportunity to change the narrative. It’s time
Imo youths should rise firmly and put up spirited efforts to produce the next of Imo State Governor.

In the 2019 governorship race in the State, two youths, Hon Uche Nwosu (46) and Hon.Tony Nwulu (42), were active governorship candidates, who added charm and charisma to the guber race in Imo State. They came with panache, and made a bold attempt to lead the State, despite the stormy weather of the Imo political climate.

They came with a message of hope and restoration for the people of the State. And because their guber ambitions attracted enormous support from majority of Imolites, they remain the best option for Imo State in 2023.

With growing speculations that Uche Nwosu may decamp to the PDP, it provides another opportunity for the PDP not to put it’s egg in one basket anymore, or gamble with its political survival.

If Nwosu eventually cross over to the PDP as speculated, the party should embark on internal adjustments or political re engineering, to enable it perform creditably in the next election.

In other words, the PDP should look beyond former Governor Emeka Ihedioha, because it cannot continue to use the same old war horse for fierce political battles, with the 2023 guber election expected to be fiercer.

The PDP has sufficiently rewarded Ihedioha, having emerged as Deputy Speaker, House of Reps, two time governorship candidate, and a former governor, which was all made possible by the PDP platform!

Owerri Zone and the Mbaise nation, in particular have sufficiently rewarded Ihedioha. And it’s time to look for another Moses elsewhere.

It is also time to change an aging striker, with worn out football skills, for a youthful one, with deft football touches which are in consonance with modern football.

A combination of youthful power, thus using a youth as an arrow head for the 2023 polls provides the PDP and also Owerri zone, a unique opportunity to reclaim the Imo governorship seat.

Uche Nwosu and Hon. Tony Nwulu, are valuable options for the people. In other words, it is the perfect combination not only for the PDP, but a viable option for Ndi Imo, who need to divorce from the band of recycled leaders whose leadership have lead Imo State nowhere.

The duo have earned enormous goodwill across board and represent the emerging set of youth leaders in Imo State, who are propelled by the burning desire to provide responsible and responsive leadership to the people of Imo State if given the opportunity.

How To Cook Africa Foods The African Way

innonews - January 29, 2021 0
African foods are as diverse as the different countries in the continent. Even more as countries have different dishes according to the...

Drama As Olisa Metuh Appears In Court In A Stretcher (PHOTOS)

innonews - February 5, 2018 0
It was drama today at an Abuja Court when a former publicity Secretary of the Peoples Democratic Party, PDP, Olisa Metu appeared in court...

innonews - September 21, 2018 0
There is tension in Owerri following the rejection of Peter Njemanze as traditional ruler of Amawom community in Owerri Municipal. The Imo State Government had...