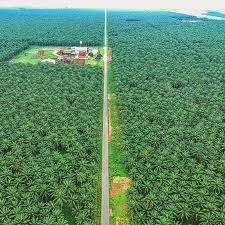 ADAPALM, a palm oil mill, in Ohaji/Egbema Local Government Area of Imo State, can generate N10 billion naira monthly for the State, if the agency is well funded and equipped to function at optimum capacity.

Speaking when he received in audience editors of Imo State based Newspapers in his office, Obodo said paucity of funds, is the major challenge facing the company.

He said he met a comatose ADAPALM , abandoned by previous administrations.

His words “Over 400 staff of ADAPALM were sacked by the Rochas Okorocha administration without due process.

“When I assumed office, I restored them after several complaints.

“Little or nothing was ongoing here when I came in. The place was in bad shape. It was taken over by hoodlums and animals.

“Equipments were vandalized and left in bad shape. The roofs were also bad.

“But the Governor, Senator Hope Uzodimma came in and revived it and I succeded in recovering it barely a year I was appointed as the General Manager

“The staff were no where when I came in. The machines were bad and the mill was the only place working, though at a very low capacity.

“There was no administrative record.Some of the staff we met after 400 of them were sacked had to be re oriented. And we embarked on staff serialization” Obodo stated.

The General Manager said despite his efforts to recover ADAPALM, lack of power supply has also been a major challenge plaguing the agency.

“One of the sterilizers at the Mill got blown up, forcing us to operate on low capacity. We now operate on diesel. We are undercapacitated.

He said “The Palm plantation is old and should have been removed 10 years ago.

“With funds, we will create new palm estates and reconstruct ADAPALM.

“We have the competence, capacity to make ADAPLAM great” he stated.

2023 Nigerian President Of Igbo Extraction And The Concept Of ‘Igbo...

innonews - April 6, 2021 0
In every democratic polity with heterogeneous setting, power rotation is an inevitable mechanism that reliably enroots and fastens democratic development. It entails equitable...

innonews - October 30, 2017 0
President Muhammadu Buhari has studied the report of the panel headed by the Vice President, Prof Yemi Osinbajo, SAN, which investigated allegations against the suspended Secretary to the...