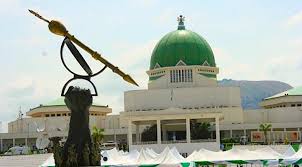 Federal lawmakers, comprising three Senators and eleven members of the House of Representatives from Imo State, are trailing their counterparts from Abia and Anambra States on the Bills Tally chart, according to OrderPaper.ng.

The period under review is mid term, from June 2019- May 2021. This exclude bills sponsored outside this period.

Imo State Federal lawmakers had collectively sponsored 45 bills within the period under review.

They sponsored 7 and 6 bills respectively within the period.

However, records obtained by INNONEWS showed that Imo State trail behind, as lawmakers from Anambra and Abia States have outpaced them in the Bills Tally Chart.

The two term female Senators contributed 7.7 percent of the entire 747 bills passed by the Senate.

Federal lawmakers from Abia State, comprising 3 Senators and 8 House members of the House of Representatives totally raked in 132 bills.

The bulk of the bills which came from the State emanated from members of the House of Representatives, who sponsored a total of 119 bills.

*Bills Tally Of Senators, Members Of House of Representatives From Anambra, Abia And Imo States from June 2019- May 2021.

innonews - February 23, 2018 0
President Muhammadu Buhari has requested for more time to decide if he will run for the 2019 presidential election. According to the Chairman, APC Governors...