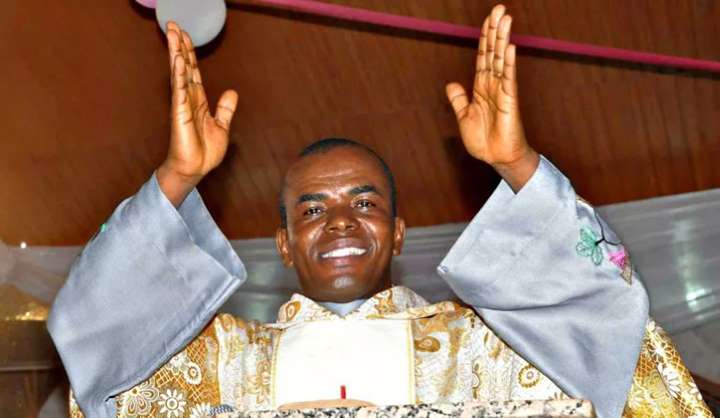 In his speech at the opening mass of the second CBCN plenary in Enugu, President of the conference and Archbishop of Benin Catholic Archdiocese, Most Rev Augustine Akubueze, said the church do not indulge in identifying unelected leaders through prophetic visions, dreams or revelations.

“Anyone who pronounces a particular candidate as God’s anointed political leader is not speaking for the church.

“We will like to state that the church is interested in the political situation in Nigeria. Although the church does not support any party, it praises every government that prioritises the welfare of the citizens.

”At the same time, the church condemns any government policy that is not people-friendly.

“We must make it clear once again that no cleric is expected to use his position or ecclesiastical property to promote what appears to be partisan politics. The church believes that political parties have persons that can lead.

“Therefore, it is imperative that clerics must avoid every form of political endorsement using the ecclesiastical positions given them. At the same time, it is not the practice of the church to identify unelected leaders through some form of prophetic visions or dreams or revelation,” he said.

The Catholic had in June banned Fr Mbaka of Adoration Ministries, Enugu from commenting on partisan politics.

innonews - February 5, 2019 0
The people of Imo State will soon be making another mistake in the forthcoming general election if things are not done the...

innonews - October 22, 2017 0
The war drums in Imo State chapter of the Peoples Democratic Party, PDP has continued unabated with State Chairman of the party, Barr. Nnamdi...

innonews - June 16, 2017 0
Wilfred Bony was among the pallbearers that carried the coffin of Cheick Tiote,the Invorian midfielder who collapsed and died during training. His body was returned...