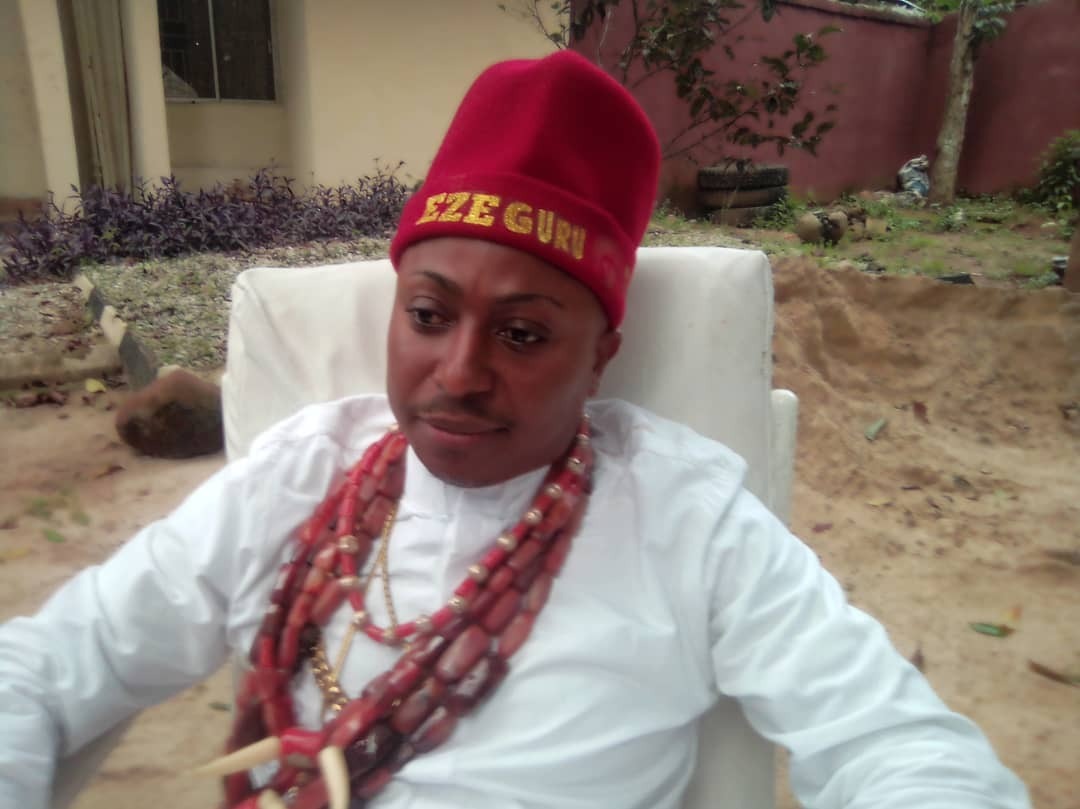 In line with repositioning the society for greater gain, Crown Prince Ezewuiro Ekenna, the Guru, 5th in Africa has called on Editors to remould the society by their reportage.

He made this call when the Forum of Imo Newspaper Editors (FINE) presented an award of honour as Icon of leadership at his palace in Obizi, in Ezinihitte Mbaise LGA last Wednesday.

Ekenna urged the Editors to use their reportage to set an agenda for a better society as the country depends on them for directions which can only come from the fountain of fair and balanced reportage.

He said that the citizens believe so much on what the media write, adding that once the society is stabilized by Journalists’ fair reports, the economy of the country will improve because investors do not come to country where there’s violence. He posited that the media can bring a process of changing the mindset of citizens to understand that we can live together in peace without rancor and bitterness. He extolled the Editors for the award and hinted that he now knows that people are watching all we do. He pledged to live by the virtues upon which the award was merited.

He called on president Mohammadu Buhari to ensure that Mazi Nnamdi Kanu is protected pending the determination of the court case.

In his comments, the chairman of Editors Forum, Imo State, Chinedu Egere hinted that the award was coming on his heels of his contributions towards his support to humanity and passion for leadership. He called on him not to relent. He hinted that the Editor’s award is not for sale but for those who have distinguished themselves in the their fields of human endeavor.

The Rise And Fall Of Emperor Alhaji In Imo. BY KENNEDY...

innonews - March 13, 2019 0
According to the legendary political scientist, Jeffersons, “power corrupts and absolute power corrupts absolutely.” This axiomatic postulation could be said to have conveniently found...

Fashanu To Abraham: Do Not Repeat My Mistakes, Play For Nigeria