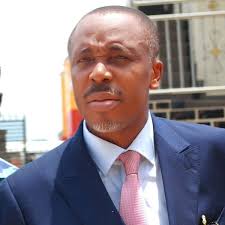 Onuegbu said since Uzodimma took over governance, he has taken governance to the next level in the State.

“By January, it will be two years since Governor Hope Uzodimma has been on the saddle, and not one scandal from any member of Uzodinma’s family. No one scandal of taken Imo property, people looking for offices through them, taken Imo vehicles or any transport franchise or taken over one Imo estate or the other. We have been in Imo and seen where the governor’s relatives took over government vehicles or so, it is not happening under this man, and we are not commending him.

“We have seen siblings, children or relatives of a former governor having their own task forces, either dredging sand, collecting motor transport revenue, or hotel revenue for themselves; but it hasn’t happened under this man. We need to commend him for all these.The discipline is unimaginable for a place like Imo where we had one big man as governor at a time and his family ruling. We don’t see chartering private jets or foreign trips; we don’t hear one local government held to ransom by the governor’s relatives or the other. That is the paradigm shift he had introduced into governance” he told THIS DAY.

On conversion of government properties for personal use by former Governor Rochas Okorocha, Onuegbu said “It is very appalling that somebody who never obeyed one court order is telling us not to recover Imo properties because he has a court case. Though, he has his rights to go to court and seek redress, but he should also remember that on a number of times he ignored court judgements.

“A property that he took over as governor of Imo State; a government layout already known in the master plan and he took over and established a private estate while he was in office and again refused to appear before the judicial commission of inquiry to defend himself

“There is a government white paper on that and an order to recover the property.Somebody who never obeyed court orders now wants to talk about judicial process. Of course, judiciary process must be followed to the letter. Let someone say one thing the governor has done out of the way. The State is moving. As far as we are concerned the governor is on the right track. His pace is commendable.

Onuegbu, who was also one time Commissioner for Lands, noted that Governor Uzodimma deserves accolades for improving infrastructure in the State.

“It is not only the roads but other infrastructures in the State have improved tremendously. When we came in the governor said, he would automate the civil service structure, he had done that. There is no more news of cheques bouncing for pensioners and civil servants again. The problem we have in the State is that when there is service delivery, we don’t talk about it, but when there is a fault, we chorus about it. Governor Hope Uzodimma took over on 15th January 2020 and promised that the Imo State work force must be automated. As of today there is no more protest by Imo workers and pensioners. They get their payment through the alert system. I m sure over 90 percent of the Imo work force are happier today with the process he instituted. Now, we have one payment platform. As an appointee when I was serving I had never gotten my salary later than 26th of every month. That day we were reassigned, and the government recovered our official vehicles for the next people serving. That is the discipline we are taking about. Policy does not look at the faces of people.

He continued “He has created a paradigm shift which we must applaud. If you go to Douglas Road you will know that the State is now wearing a new look.

“Take a look at the major roundabouts in the State capital and see how modernized they are and this has eliminated traffic cogestion. There are no more fights between the traditional rulers and the President’s general of communities. That issue has been solved. There is now a right for traditional rulers. We are now on good terms with our neighbouring states. Federal government sends delegations to Imo. We are now respected because we have a governor who is friendly with all institutions. What of the recovery of the oil wells?.

On the recovery of oil wells, he said “We have been on this struggle for oil wells since Chief Achike Udenwa regime, now God has answered prayers, courtesy of this governor who knows the road. In more than fifteen years, no permanent secretary had an official vehicle in the State; Governor Hope Uzodimma has given them official vehicles.

On security, Onuegbu said the Governor should be commended for restoring peace in the State.

“We can all give glory to God and on a human level, we can as well thank Governor Hope Uzodimma for his untiring efforts to return the state to normalcy.

“Also special appreciation goes to the leadership at the national level because if they did not come home to assist the State due the security reports they got from the governor probably the security agencies sent to salvage the abnormal situation would not have been possible.

“Imo has a history being a peaceful and hospitable state. It is a tourist destination right from time. That is why we were worried that the intense security situation was to jeopardize that brand as a safe haven for tourists. Thanks to God that the situation is back to normal”

Onuegbu frowned at the conspiracy of silence of some Political leaders when the issue of insecurity arose.

He said “Like he (Uzodimma) said, it was a politically motivated crisis. Why wouldn’t Political leaders of other parties condemn what was happening in Imo?. They didn’t bother. They believed that it was Hope Uzodimma suffering in terms of the fact that he would lose the governorship seat or render the State ungovernable so that he would not be popular again. Well people didn’t remember that another election of governorship is in the next two years away from now. They were concerned in calling a dog a bad name to hang it. Instead of condemning the brigindage going on in Imo some of them were calling for his resignation, but the governor kept his head cool and defended the integrity of the State. He achieved this feat with assistance from the security agencies serving in the State. To that extent, I say kudos to the governor”

The legal Practitioner stated that after the sucessful handling of insecurity in the state, the governor has shown capacity to govern the State.

He added that Governor Uzodimma’s leadership style has led to impressive followership for the government.

He said “The only people standing on the other side are actually those leaders with opposing political interests. You don’t expect a man who is interested in the governorship seat to start applauding Governor Hope Uzodimma at this stage because he still thinks that magic would happen and he takes over, so we don’t begrudge them. But if you check the followership judging from the stakeholders meeting from all the local governments, you could notice that there is a positive movement of Imo leadership to the APC. Even those who are not politicians are coming to support the government and it’s programmes. You could see the likes of Nda Ambu Ejiogu, Engr. Eberr Udeagu, Nze Ozichukwu Chukwu, Sir Eustace Eke, all coming to identify with this government and you can’t say that those nationalists don’t mean well for the State”

innonews - April 23, 2022 0
Contrary to reports in the media that fight broke out among members of the Social Democratic Party, SDP, in Imo State during...