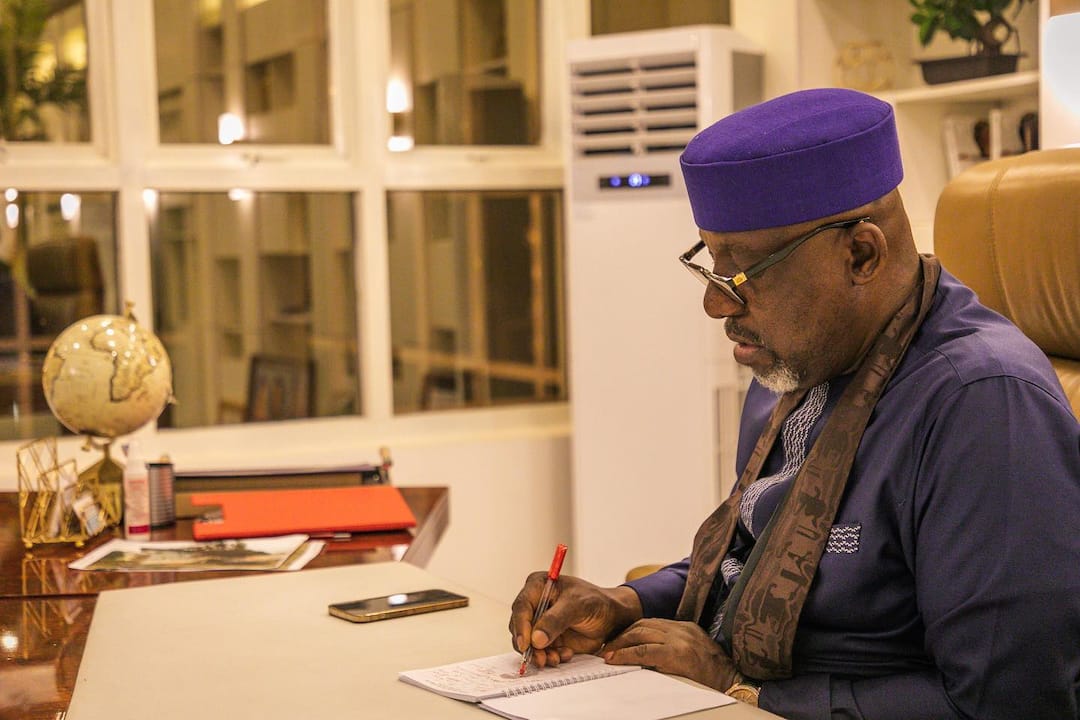 Details have surfaced why leaders of the Peoples Democratic Party, PDP, in Imo State are keeping mute over reports of possible defection from the APC to the PDP of former governor of Imo State and Senator Representing Orlu Zone at the Senate, Senator Rochas Okorocha.

Also speculated to be part of the move to join Okorocha to the PDP, is Senator Ifeanyi Araraume, an ally of the former governor.

Leaders of the party in Imo State have kept mute over the rumour.

A top party leader who spoke to INNONEWS on condition of anonymity said “there is nothing to talk about because I m not aware, though in politics, anything is possible.

“I read online that the former governor has made some demands to the PDP before he joins the party.I m not aware of such demands, and where the demands were made” he said

The media in Owerri has been awash with speculations that Okorocha, his son in law and Action Alliance governorship candidate in the 2019 guber election, Uche Nwosu and hundreds of their supporters are set to move to the PDP from the APC.

INNONEWS learnt that Okorocha, Araraume and Uche Nwosu met the PDP national leadership where they were said to have made some demands.

He asked “Okorocha, leave APC, for who?

“A man who was among those who formed the APC, brought it to the South East and set up it in Imo State, leave the party, just like that? I do not see the possibility. let us watch and see. The media in Imo State is making a mountain out of this speculation.

Both the PDP in Imo State and Okorocha’s media handlers have not responded to these speculations.

What swelled the speculation of Okorocha’s possible move to the PDP is attributed to his non participation in the APC membership and re-validation exercise.

His face off with Governor Rochas Okorocha over control of the APC in the State has continued to linger with no end in sight.

A video which went viral many months ago, had showed the former governor with Rivers State Governor, Nyesom Wike dancing and merrymaking. Before then, Okorocha was Wike’s guest in Port Harcourt for a road commissioning.

Okorocha and his followers had also boycotted the just concluded ward congress of the APC.

Recall that Okorocha’s media aide, Sam Onwuemedo, had in July accused Governor Hope Uzodimma of sponsoring stories in the media that Okorocha intends to join the PDP.

innonews - February 4, 2022 0
The Confederation of African Football (CAF) has approved the Moshood Abiola Stadium, Abuja, as the home ground of the Super Eagles during...

Imo Guber:Key Factors That Will Shape Its Outcome

innonews - February 17, 2019 0
As Imolites go to various polling units to elect a new Governor of Imo State on March 9, it is uncertain which...

innonews - August 18, 2018 0
President Muhammadu Buhari has returned from London after 10 days vacation. Here are snapshots after the visit.

27 IMC Chairmen: How Imo APC Bigwigs Were Shut Out

innonews - April 17, 2020 0
BY: RALPH EJIMKONYE Details emerged weekend how top chieftains of the All Progressive Congress, APC, in Imo State, were...

innonews - April 26, 2018 0
*PRESS STATEMENT* The Deputy Governor of Imo State, Prince Eze Madumere has pledged to revamp agricultural sector Imo State, saying that it will be in...