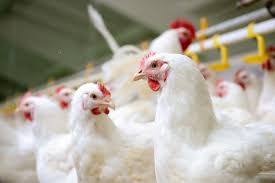 Mrs Norma Nwoga, Managing Director of the NGO told our correspondent that the gesture was to enable the women overcome the hard economic situation in the state.

She said the organization also planned to offer scholarships to students especially in the agricultural science discipline.

“We are today offering eight Nolier birds each to over 100 indigent women in the state to alleviate their suffering and uplift their standards of living.

“The organisation is also offering free feed and free drugs for the birds,” Nwoga said.

She described Nolier as a special breed of bird that was strong, long lasting, hardly fell sick and with a high productivity rate when compared with other poultry birds.

Nwoga urged the women to nurture the birds well to achieve the purpose for the empowerment.

Madu said the women were selected from various provinces that made up the Owerri Catholic Archdiocese and were given eight birds each with over 800 birds distributed.

According to Madu, a lot of women empowered in the past have come back with good reports of how rearing the bird has improved their conditions of living.

She expressed optimism that the current beneficiaries would also have a success story.

Mr Fidelis Obioma, Director of Fidicarol Farms, and producers of the Noiler birds in his speech, educated the women on the best way to manage the birds for a higher yield.

He also advised them on best way to administer drugs and vaccines on the birds when necessary.

innonews - December 5, 2018 0
The Catholic Diocese of Enugu has opened up on recent political endorsements by the spiritual Director of Adoration Ministry, Enugu, South East Nigeria, Rev...