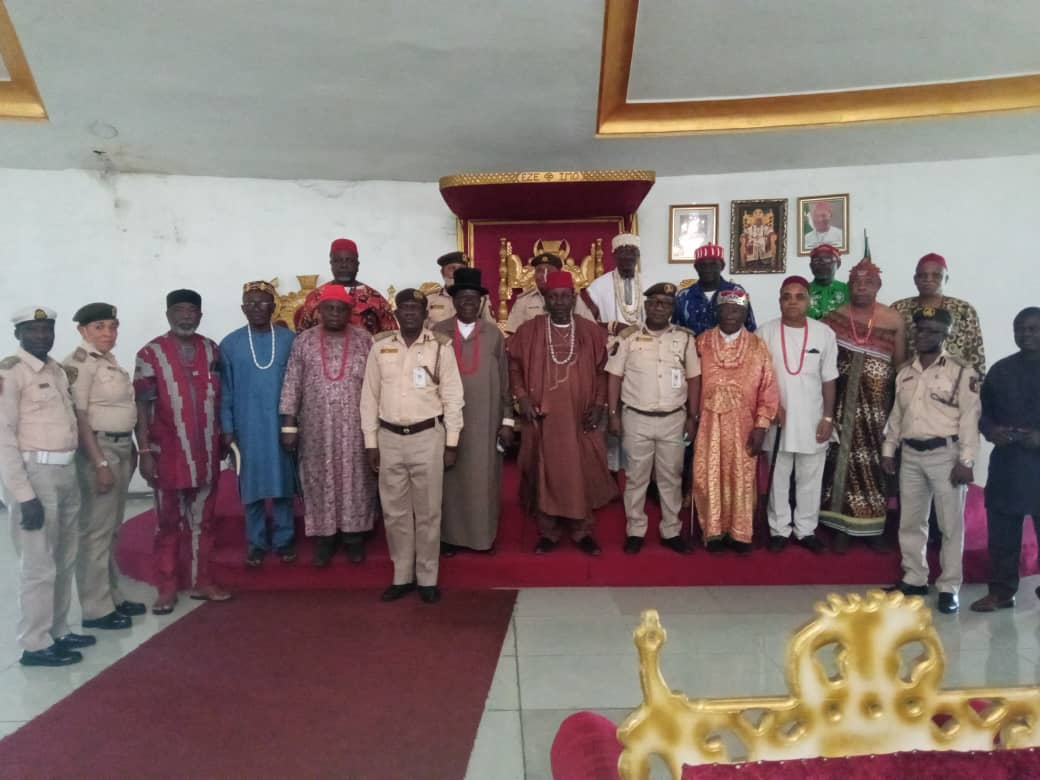 The Comptroller of Immigration in Imo, Mr Okey Ezugwu, has urged traditional rulers in the state to ensure that their subjects do not harbour unregistered and unknown migrants in their communities.

He also called for attitudinal change among residents to make the state safe for all to live.

Ezugwu made the call when he paid a courtesy visit to the Chairman of Imo Traditional Rulers Council, Eze Emmanuel Okeke, at his Palace in Owerri.

He said that such move would default immigration rules as it concerned entry, movement and residency of foreigners, thereby putting the state at risk.

“Some immigrants come into the country for spurious motives, so identifying, registering and ascertaining their intentions is important,” he said.

Ezugwu appealed for maximum cooperation from the traditional rulers to help ensure that reports of foreigners’ presence within the state were duly brought to the notice of the command.

“The command will always welcome the traditional rulers any time they come to the office. We assured them of service deserving of royalty whenever any of them applies for any of NIS services,“he said.

The comptroller noted that there was the need for a change of attitude among the old and young in the state to enable the state move forward.

The comptroller promised to work with all stakeholders to make the state secure, adding that breakdown of law and order would affect everybody in the state.

He, however, thanked Okeke for the warm reception accorded him and his team, acknowledging that Imo was indeed a hospitable home.

In his remarks, Okeke commended the comptroller on his achievements within his short period in the state, especially on checkmating migrants within the state.

The royal father encouraged him to keep up the energy in discharging his duties for the interest of the state and the country at large.

Okeke also lauded the service for its role in ensuring peace and tranquility within the state as evidenced on the synergy between it and the Governor of the state, Sen. Hope Uzodimma.

Our correspondent reports that the chairman of the traditional rulers had earlier taken the comptroller and his team on a brief tour of his Palace.

Other traditional rulers from various communities commended the initiative and achievements of the immigration comptroller within a few months of resuming office and wished him more success throughout his tenure.

innonews - November 5, 2018 0
Elder Statesman, Chief Emmanuel Iwuanyanwu at the weekend revealed why Imo State has remained politically unstable. He attributed it to the political crisis that engulfed...

innonews - April 14, 2018 0
Online Media Practitioners Association of Nigeria, OMPAN, an association of all online media publishers in the country will be part of 2018 Diaspora Day...

innonews - October 27, 2021 0
A former member of House of Representatives and Industratlist, Hon ThankGod Ezeani, has advised the people  of Imo State to participate in...