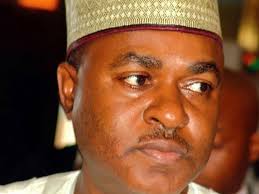 Sir Uwaifo passed on at the age of 80 in Benin city, Edo State on Sunday.

In a Press release today in Abuja, Yuguda, a former Minister of Transport and Later Aviation, described the death of Sir Victor Uwaifo, as a big loss to the entertainment industry and to the nation.

He recalled how Sir Uwaifo contributed significantly to the growth of the music and entertainment sectors in the country, which earned him several national and international awards, including the prestigious Order of the Niger, OON.

His words”He was the first Nigerian musician to get an OON, and whose musical career spread over half a century”

He said Sir Uwaifo left an indelible mark on the music industry in the nation, being a performing and creative artiste with lots of his creative works left in his art gallery.

Yuguda, a frontline Chairmanship aspirant of the All Progressive Congress, APC, condoled with the family of Sir Victor Uwaifo and the good people of Edo State on the demise of the musician and urged them to bear the irreparable loss with fortitude.

innonews - June 27, 2018 0
Governor Rochas Okorocha of Imo State has said that the All Progressive Congress in the South East will hold a mega rally in Owerri...

innonews - December 29, 2017 0
An aide to President Muhammadu Buhari, Mr. Bayo Omoboriowo has sent Christmas greetings to INNONEWS.COM.NG. In an email to the online news publisher on Thursday,...