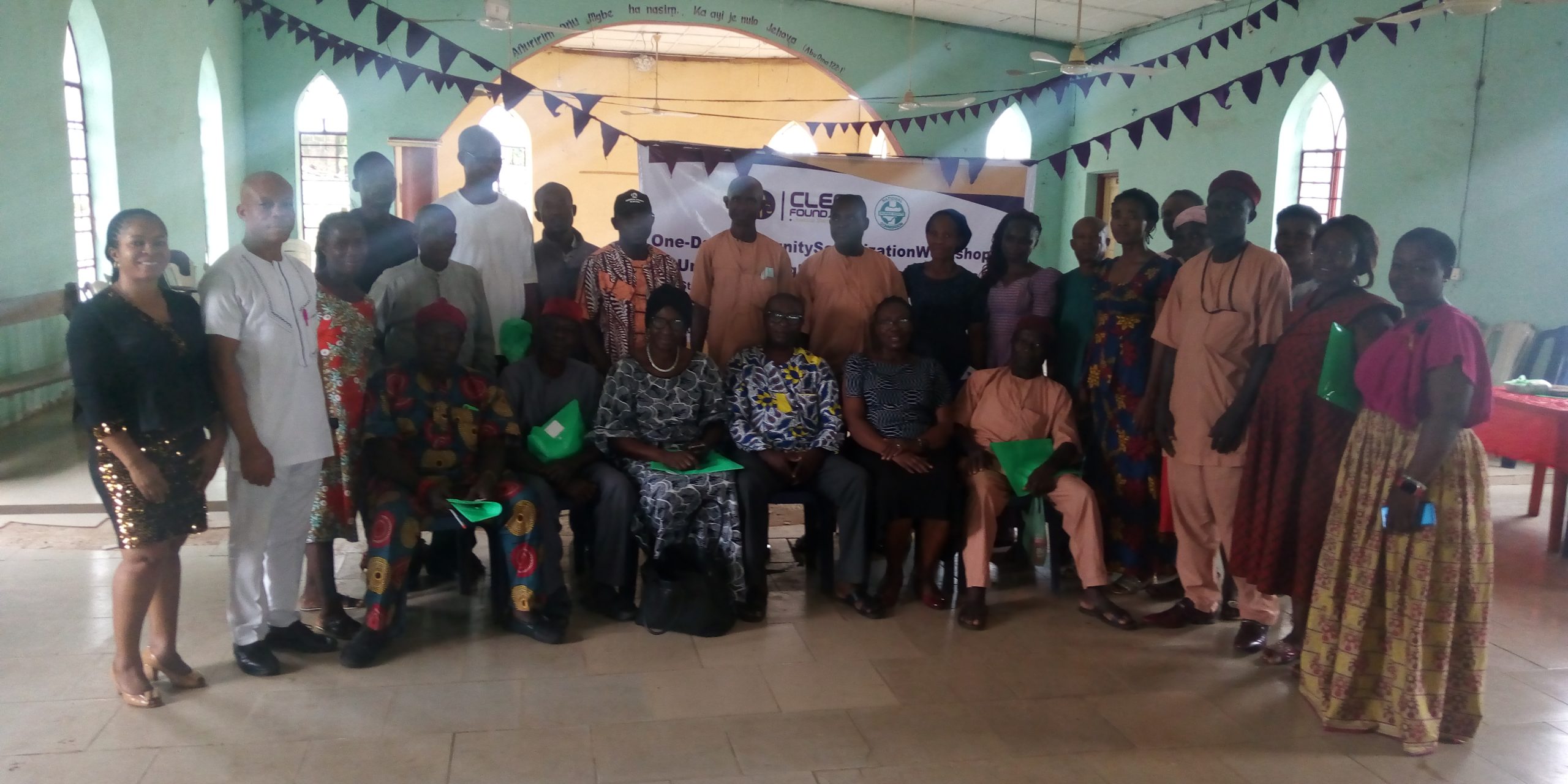 *Raises Alarm Over Upsurge Of Human Rights Violations In The Country*

A Non-governmental, Non-political and Non-religious Organization- CLEEN Foundation, has raised the alarm at the upsurge of human rights violations as well as the rampant incidence of violent crimes occasioned by the activities of criminal elements across the six geo political zones of the country.

This, it noted had made policing in the country very difficult  and often times characterized by oppression, dehumanization, intimidation and harassment, torture and gross misconduct, leading to human rights violations and has overtime cumulated in fanning the ember of hostility, antagonism, and mistrust between state security actors and the citizens they protect.

Dr. Benson Olugbuo-the Executive Director of the foundation (CLEEN) stated this at a one day community sensitization, workshop on “Understanding Human Rights Principles and Standards to improve Citizen–Police Relations in the Southeast” organized by CLEEN Foundation in collaboration with the National Human Rights Commission for community stakeholders across selected communities in three LGAs in Imo State, to improve their knowledge and understanding of human rights principles and standards with emphasis on the role of stakeholders in relation to the police to effectively carry out their duties as lead agency in policing the state”

Specifically, the Executive Director explained that the activity was conceived by CLEEN Foundation in response to the growing security challenges in teh country with special focus in the Sout East region, under its project titled “Improving Police Public Relations and Respect For Human Rights in Imo State” This, he stated is in furtherance of the organization’s commitment to improve public safety, security and accessible justice in Nigeria

He expressed optimism that the workshop would achieve the project objectives and most importantly, help all stakeholders to develop a more cordial relationship to solving security challenges bedeviling Imo State and the South east region of the country.

The CLEEN Foundation, he said, is a non governmental organization established in January 1998 with the mission of promoting public safety, security and accessible justice through the strategies of empirical research, legislative advocacy, demonstration programmmes and publications, in partnership with government, civil society and the private sector.

Communique From The Emergency Meeting Of South East Governors At The...

innonews - September 15, 2017 0
COMMUNIQUÉ ARISING FROM THE EMERGENCY MEETING OF SOUTH EAST GOVERNORS AT THE EXCO CHAMBERS, GOVERNMENT HOUSE, ENUGU, ON FRIDAY, 15TH SEPTEMBER, 2017 In view of...

innonews - March 1, 2019 0
The National Working Committee (NWC) of the All Progressives Congress (APC) has suspended Ibikunle Amosu of Ogun State and Rochas Okorocha, of Imo...