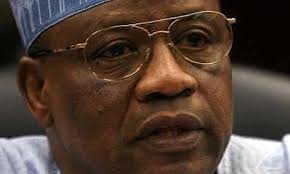 In a statement signed Okorocha’s Chief Press Secretary, Sam Onwuemedo, Okorocha while fecilitating with the former military ruler on his 80th birthday, said , when the comprehensive story of the nation’s journey in all spheres will be chronicled, no doubt, the laudable contributions of IBB , both in terms of growth and development will be captured.

Okorocha remarked that IBB has paid his dues both as a patriotic Nigerian and as a committed leader and maintained that, Nigerians of goodwill would continue to celebrate and appreciate him , to a very large extent.

innonews - September 2, 2020 0
BY: RALPH EJIMKONYE There are clear indications that leaders of the All Progressive Congress, APC, may have divided over...

innonews - October 28, 2021 0
Owerri zone has been plagued by absence of a credible platform for leaders of the zone to congregate to advance the political...

innonews - May 18, 2021 0
The spokesperson of the House of Representatives, Benjamin Okezie Kalu has said the lower chamber of the National Assembly is set to...