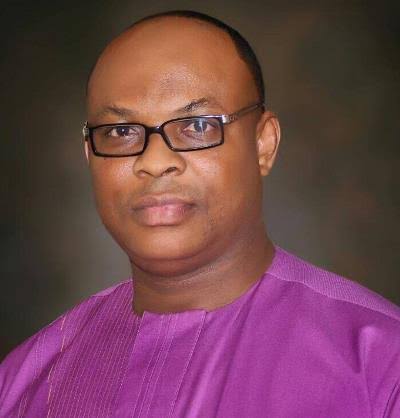 Prince (Dr) Alex Mbata is a man of exceptional character, who has demonstrated uncommon passion to the cause and advancement of humanity.

His good deeds, which have immensely benefited a lot, even beyond the shores of his homeland, Imo State, are seldom heard in the public domain, because he does not belong to the crowd of those who blow their trumpet when they achieve a feat.

The Ngwoma Obube born Owerri North Prince and business tycoon is a unique personality noted for his calm disposition, respected for his business acumen and whose contributions to the advancement of the downtrodden is unprecedented.

Prince Mbata is not a publicity freak, but he has unconsciously remained on the spotlight because of his unrepentant devotion to the empowerment and well being of the less privileged.

Despite his resolve to remain anonymous over his passion for the good of humanity, his humane nature gives him away as a golden fish that has no hiding place.

His humanitarian activities, because of it’s impact on the beneficiaries attract attention and usually trailed by enormous commendations.

He however unconsciously launched himself on the public domain, when he significantly assisted the Imo State government with N20 million naira in the fight against Covid 19 and also singlehandedly constructed a 2 lane road with street lights in Owerri, Imo State capital, at the cost of N180 million naira.

The road construction was applauded by well meaning Imolites and was described as a major boost to the infrastructural development of Imo State by Governor Hope Uzodimma at the commissioning of the road.

Across the length and breadth of Imo State and beyond, ABM as popularly called by friends, has massively impacted on the lives of many people through his consistent and ceaseless empowerment programmes.

As a firm believer in the maxim that charity begins at home, the Alex Mbata Humanitarian Foundation, which he set up, is committed to propagating his ideals, which focuses on  empowerment of the youths, the widows and those on the lower part of the ladder in the society.

In furtherance of these ideals, the Foundation is set to empower over 3,000 men, women and youths across Owerri zone, which comprise nine local governments.

Beneficiaries of Prince Mbata’s largesse and milk of human kindness are to benefit items such as 300 motor bikes, 500 sewing machines, 500 hairdressing equipments, 50 wheel chairs and N50,000 each for 1,000 persons, all geared towards assisting them to start up small and medium scale businesses.

The multiple effects of this massive empowerment programme, valued at N380m, on the economy of Imo State are expected to be unprecedented.It would be the biggest single contribution from an individual to thousands of people in the State to enable them start up businesses on a small scale.

Mbata in words and deeds, has proved to be a rare gift to humanity and a valuable asset to the good people of Owerri zone and  Imo State.

innonews - May 5, 2021 0
About this time last year, President Muhammadu Buhari unveiled his new Chief of Staff, after the sad passage of the occupant of...

innonews - November 27, 2020 0
There was celebration galore at Imo Baptist Conference last Saturday as Rev Uzoma Uzoechi was inducted as the President of Imo Baptist...

The Sentimental Attachment Between Nigerian Singer, Flavour And Semah the Visual...

innonews - March 28, 2018 0
Semah was introduced to Flavour by Masterkraft and the traditional Queen Ruler, Julie Endee, in Liberia last year. His vocals, intonation, and confidence was something...