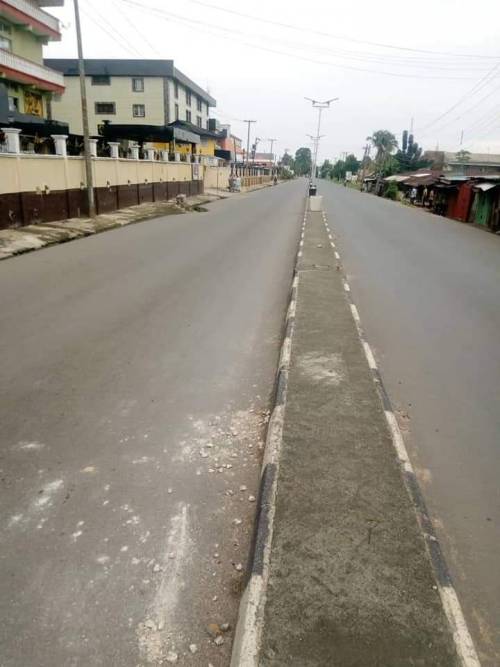 Despite the suspension of the sit- at home order by the Indigenous People of Biafra, IPOB, Owerri, Imo State capital, has continued to witness considerable compliance to the order/

On Monday, most workers in the state, including top level officials such as Permanent Secretaries, and Heads of various Departments, at the state secretariat, located at Owerri- Port Harcourt road, kept away from their offices apparently because of the fear of the unknown.

It was observed that some of the offices were locked while very few workers managed to show up later left before the close of work. Most banks were closed except some who managed to put skeletal services.

Shops and business outlets were also shut, while there were fewer cars on some major roads in the state capital.

innonews - May 3, 2022 0
INNONEWS The Divine Mandate Movement (DMM), has accused a former Governor of Imo State of sponsoring Ikenga Ugochinyere, a...

innonews - November 18, 2021 0
With the next governorship election in Imo State expected to hold in 2024, the political terrain is already getting charged in the...