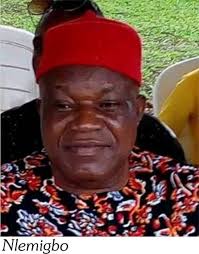 The near success of the local government congress of the All Progressive Congress, APC, held in the state, last Saturday, has set the stage for the race for the chairmanship of the party.

With no date yet set by the national leadership of the party for the conduct of the state congress across the federation, there are strong indications that the chairmanship race in Imo APC is beginning to take shape.

With the camp of former Governor Rochas Okorocha completely schemed out of affairs of the party in the state, after their non participation in the ward and local government congresses, the coast is all clear for the camp of Governor Hope Uzodimma, to retain 100 percent hold of the party structure in the State by electing the state executives.

The race for the chairmanship seat has been lukewarm and cold even within the camp of the Governor, because those interested in the number one seat of the ruling party in the state are watching the body language of Governor Uzodimma, who will determine who leads the party for the next four years.

Inside sources said the Governor, having cornered six slots in the LGA executives of the party at the just concluded congress, will considerably influence and determine who heads the party at the State level.

It is unclear if the present state caretaker committee led by Prince Marcellinus Nlemigbo, will be re elected through a consensus arrangement as was the case during the ward and LGA congresses, where majority of the party executives on interim capacity, metamorphosed into the party executives through consensus or affirmation.

With no public declaration by any party chieftain for the post, it is becoming clear that the next state party chairman of the state will be an in house arrangement with little or no contest.

This is said to be the reason why those even interested in the race are yet to formally and publicly declare their intention.

innonews - November 12, 2018 0
An expedited action on the proposed minimum wage has been canvassed. The Nigerian Labour Congress, NLC has called on President Muhammadu Buhari to transmit the...

innonews - March 24, 2019 0
More accolades have continued to come the way of Imo State Governor elect, Hon.Emeka Ihedioha on his victory at the March 9,...

Who Is Afraid Of Isiagu?. BY RICHARD ODU

innonews - March 10, 2022 0
Ruminating on our good old school days, my friend, Gabriel and I touched on the various names we called ourselves in those...