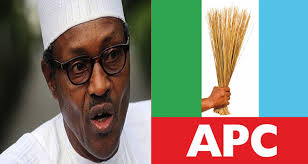 President Muhammadu Buhari is expected to meet stakeholders of the All Progressive Congress, APC in the South East in Owerri, Imo State on September 9.

Governor Hope Uzodimma had confirmed Buhari’s visit to Owerri on September 9, on Saturday, thus confirming that a meeting between the President and leaders of the APC in the region may hold.

Top level sources told INNONEWS that the Anambra governorship election may dominate deliberations at the parley.

The source added ” the visit of Mr.President and the attendant meeting is to strengthen and boost the impressive incursion of the party in the South East and fortify stakeholders in the region ahead of the Anambra governorship election to hold on November 6, 2021″

The Anambra governorship election had generated enormous interest from the APC.

President Muhammadu Buhari had last week given his nod to support the APC governorship candidate, Senator Andy Uba, despite controversies that trailed his emergence.

Several aspirants who are not in support of Uba, have since defected to other political parties.

Chairman, APC Governorship campaign Council and Governor of Imo State, Senator Hope Uzodimma, had constituted a reconcilation Commitee headed by Senator Osita Izunaso, to reconcile and assuage the grievances of the aggrieved.

innonews - January 26, 2020 0
BY KEMDI OKECHUKWU Ms.Miriam Onuoha, the candidate of the All Progressive Congress APC for the Okigwe North Federal Constituency...

innonews - June 7, 2017 0
In response to the threat issued by some “ Northern Youths” that Igbos residing in the 19 states of the North should leave the...

innonews - July 1, 2020 0
The Imo State government says it has the funds to pay pensioners their pensions and also workers salaries. The...

innonews - April 17, 2019 0
National Chairman of the Action Alliance, AA, Kenneth Udeze has harped on the need for stronger institutions that stronger men in Nigeria.