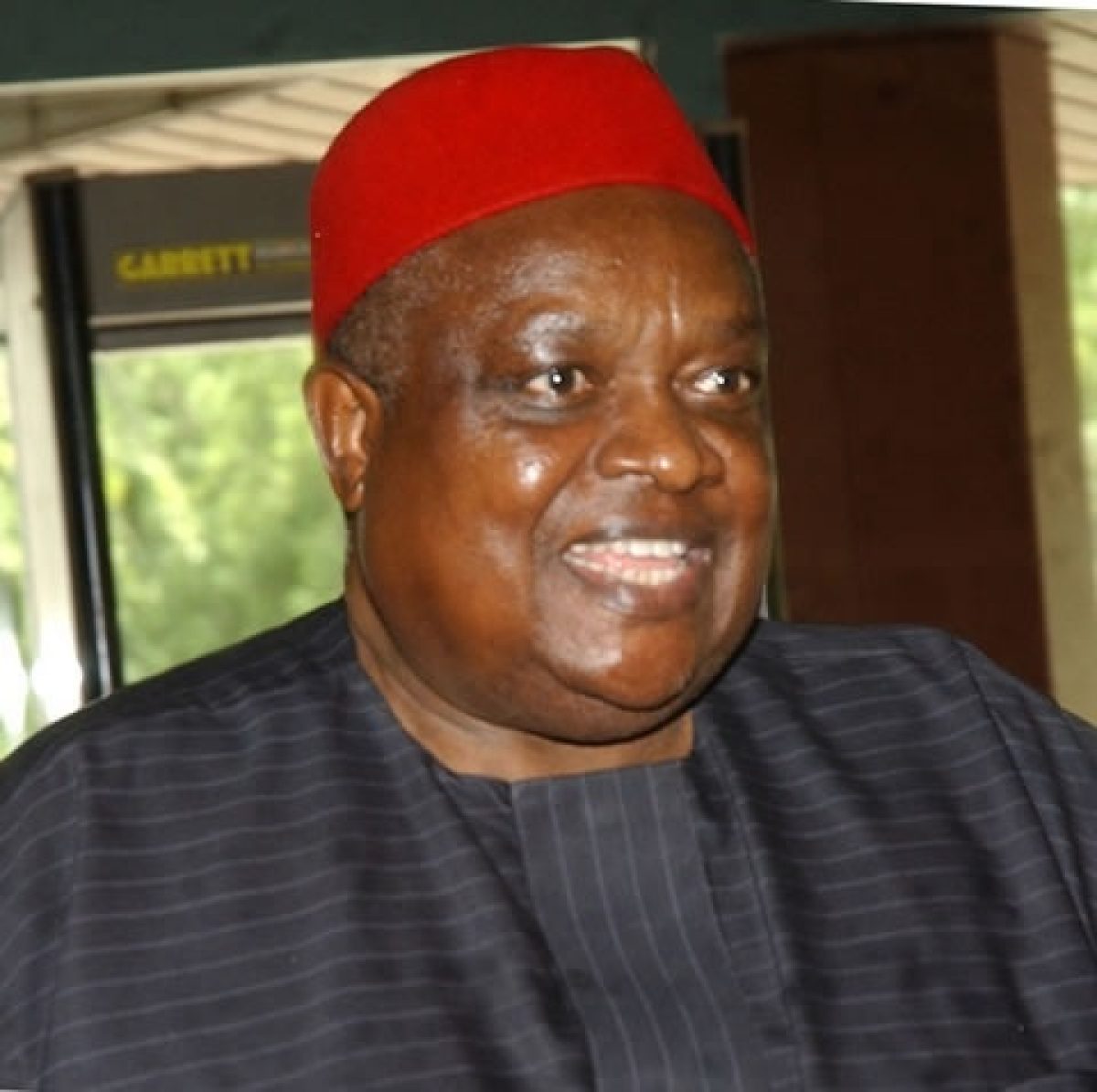 Igbo Indigenous Elders and Stakeholders, Anambra state chapter have pleaded with elder statesman, Chief Emmanuel Iwuanyanwu not to withdraw from leadership roles of the Igbo nation, until he has mentored and brought up credible leaders from the younger and upcoming generation to take over from him.

The leader of the Anambra group of the organization, Justice Alpha Ikpeama made the appeal when he led some Igbo Indigenous elders and stakeholders from some Eastern States to pay a courtesy visit to Chief Emmanuel Iwuanyanwu and some Imo Elders in his office in Owerri to brief him and Imo Elders on the formation and activities of the organization as well as to honour Chief Iwuanyanwu for his leadership roles in Igboland.

Justice Ikpeama while extolling the sterling leadership qualities of Chief Iwuanyanwu, said that many young leaders in Igboland and across the nation were products of Chief Iwuanyanwu’s mentorship,  adding that he should ensure that they are properly groomed to take over.

He said that Chief Iwuanyanwu leaving his leadership role in Igboland, without raising those to take over will leave a wide leadership gap in Igboland.

Justice Ikpeama said the organization was set up to promote good leadership and mentorship by great leaders like Chief Iwuanyanwu and Chief Mbazuluike Amaechi.

He said that Chief Mbazulike Amaechi is no longer physically agile like Chief Iwuanyanwu aid him, urging him not to relent in his quest to ensure effective takeover of the leadership of Igbo nation by the younger generation.

He said that if the elders come together and speak with one voice, the youths will emulate them.

He enjoined Chief Iwuanyanwu whom he described as a very strong voice in the nation’s polity to continue with his leadership roles to the youths.

Justice Ikpeama commended Chief Iwuanyanwu on his decision to quit partisan politics, but advised him not to abandon his leadership roles but to continue to guide the younger generation.

He also appealed to Chieg Iwuanyanwu to takeover not only the leadership of Imo chapter but the entire South East bearing in mind that his wealth of experience as the Chairman of Ohanaeze Ndigbo Elders Council will be a great asset to the organization.

In his response,  the Chairman of Ohanaeze Ndigbo Elders Council, Chief Emmanuel Iwuanyanwu thanked the Igbo Indigenous Elders and Stakeholders Leadership Organisation for honouring him with Distinguished Leadership Award in recognition of his sterling quality leadership role in Igbo nation and globally.

The elder statesman applauded the organizers of the forum for setting up the organization, pointing out that it will be a strong body to assist Ohanaeze Ndigbo in its activities.

He said that the leadership gap and non unification of Ndigbo led him and some leaders like Sir Jerome Udoji, Barr. Ben Nwabueze, to resuscitate Ohanaeze Ndigbo when he came out to vie for the Presidency of the country.

He described the organization as a credible one that will help in the unity of Ndigbo, pointing out that it should have various organs at all levels.

He said that a meeting would be held to discuss the modus operandi and how to forge ahead as it will help to fish the Elders wherever they are.

Chief Iwuanyanwu said the organization should have a constitution as a guide.

He assured the group of his support at all times and commended their efforts to bring all elders of Igboland together to fashion a way out and give direction and leadership to the younger and up coming generation.

The Chairman of Ohanaeze Ndigbo called for peaceful co-existence among ethnic groups,  adding that is intervention with the leadership of Ohanaeze Ndigbo stalled what would have been a program after the death of Ahmed Gulak in Imo State.

A member of the Igbo Indigenous Elders and Stakeholders Organisation, Bishop Emeka Chinwuba eulogized Chief Emmanuel Iwuanyanwu for his forthright leadership and qualities.

The Clergyman said that the title Ahaejiagamba given to Chief Iwuayanwu by the seven Igbo speaking states was a well deserved one and urged him to use his revered position across the federation to ensure that Ndigbo do not loose out in the affairs of the country.

Bishop Chinwuba thanked God for the life of Chief Iwuanyanwu whom he described as a rare gift to Igbo nation and Nigeria.

He said that his speech and reception has revived and rejuvenated them.

Among those on the delegation were Justice Alpha Ikpeama, Chief Arthur Obierika, Hon. Engr. Emeka Ibe and Bishop Dr. Emeka B. Chinwuba.