Home HARVEST EDITORIAL: Biting Feul Scarcity: Life Only For The Fittest In Imo 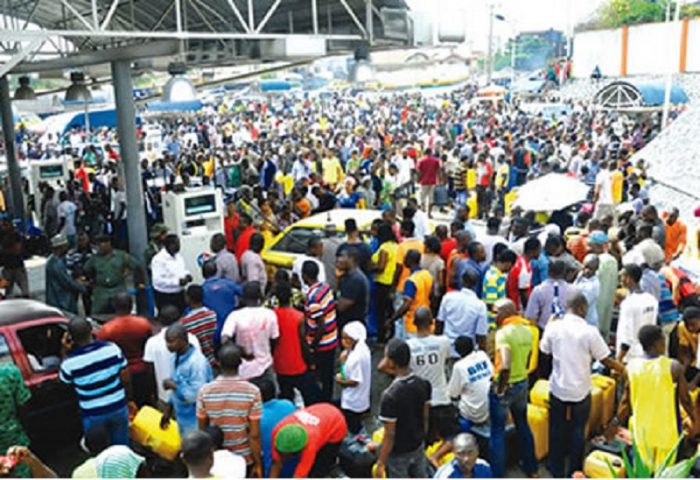 The feul scarcity and long queues at filling stations in Owerri and environs is worrisome.

The product has been scarce and when found, the price is simply outrageous.

A litre of Premium Motor Spirit, PMS at filling stations in the State sells for between N200- N300 per litre and N500 per litre at black market.

The multiplier effects of such feul scarcity is increase in cost of living, hike in transport fares and collapsing businesses.

This has also put enormous pressure on the finances of citizens of the State, who are also plagued by the harsh effects of a dwindling national economy.

With steady fall of the naira against the dollar, Imo citizens are not exempted from the effects of a weak national economy, which has made life unbearable for Nigerians.

Citizens of Imo State are indeed witnessing triple fold of the suffering majority of Nigerians are undergoing in the face of rising insecurity across the country.

The feul scarcity, it’s exorbitant prices, in addition to the Mondays Sit At Home, which is suffocating businesses in Imo State has inflicted enormous hardship on the people, dealth a huge blow on the already ailing Imo economy pummeled by the effects of Covid 19 and the activities of unknown gunmen in the recent past.

Life in Imo State is gradually becoming only for the fittest.

It is more disturbing when the untold hardship experienced by the people is further swelled by the trauma of flooding, which has become prevalent in several parts of the State whenever there is a downpour.

Inconsistencies in payment of salaries to workers and pensions of pensioners have also not been completely eliminated in the State.

Allowing the feul scarcity in the State to linger, without any measure in sight to resolve the ongoing feud between the State government and the Association of Independent Petroleum Marketers, is unacceptable.

It is also insensitive on the part of both the State government and the Petroleum dealers and marketers, to take the people of Imo State for granted by ignoring their excruciating pains and ordeal associated with feul scarcity.

The citizens of the State should not be made to suffer from whatever is the bone of contention between the State government and Petroleum dealers/ marketers.

It is the responsibility of the State government to at all times, protect the citizenry from economic predators, whose actions are considered inimical to their happiness and economic growth of the State.

Governor Hope Uzodimma should as a matter of serious importance address the lingering feul scarcity in the State with precision and speed expected of a State Chief Executive whose citizens are groaning and wailing.

Members of Imo State House of Assemby for once, should divorce as an appendage of the Executive and intervene on this raging issue since their constituents are hugely affected by this unsavory development.

The petroleum Marketers and Dealers should, irrespective of a Court judgement, which compels compensation for one of their members should go about their matter with a human face, and allow the full course of justice take place before resorting to self help.

Hoarding or increasing the price of petrol arbitrary, is anti people and an act of economic sabotage.

This is unacceptable to the good people of Imo State, who are battling with soaring cost of living which has earned the State the toga of most expensive State in South East Nigeria.

We hope the days of the locust are not with us.

innonews - September 2, 2018 0
Barcelona put up a show at the Nou Camp on Sunday night, crushing Huesca 8-2, to go top of LaLiga. Top-flight debutants, Huesca took a...

innonews - July 17, 2018 0
The contentious debate on Ranching and Cattle colony suddenly vibrated again at the floor of the Imo State House of Assembly yesterday raising concern...

innonews - August 26, 2020 0
The Independent National Electoral Commission, INEC, has given an update for the forthcoming primaries to be held in...