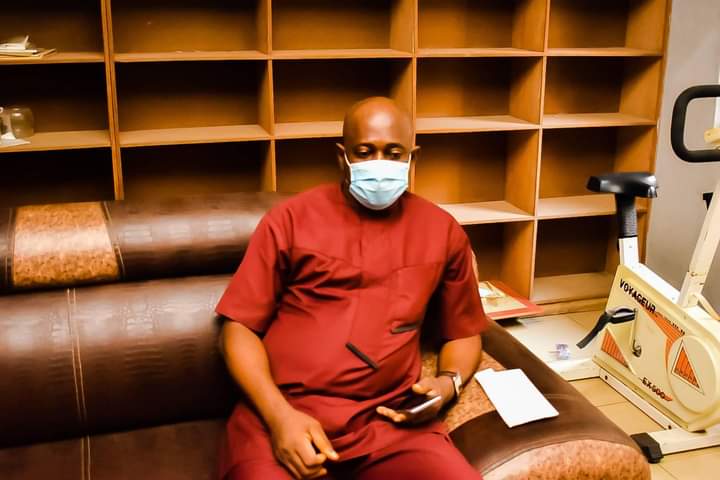 A renowned industrialist and a guru in economics from Orlu Zone, Hon. Dr. ThankGod Ezeani, (Ogbaturuenyi) has  expressed shock and sadness over  painful exit of Hon. Chinenye Nwabueze, the Director General of Rt. Hon. Sir Jones Onyereri Foundation, who passed on Thursday, September 2nd, 202 after a brief illness.

In a statement signed CeeJay Nnadozie, Head of Ezeani Media Centre, he described the loss as a huge blow to Ideato Nation, Orlu zone and Imo State in general.

According to him, “Nwabueze was an amiable, proactive, dependable, focused and result oriented personality whose positive impacts in politics, were felt in Imo state and its environs.

”It is quite depressing that we had to lose the person of Chinenye Nwabueze prematurely at this critical time. It is indeed a deep cut.

“One very wicked thing about grief is the vehement refusal of those who grieve to accept that a loss has indeed occurred; what the pyschologists would refer to as ‘psychological denial of reality’. Yet it stares us on  the face, and we even do as much as prepare for the burial of the deceased.

“Yet, deep down, we just hope it is not true that such a person is gone forever. This is the state we all have been thrown into.
“We cannot but hope it isn’t true, even though we know it entirely is.

“On that note, let us take solace in the fact that he left a good legacy and made visible marks in diverse areas of life. I pray the peace of the Lord on his soul” he stated

He urged his family, friends and associates to be comforted and trust God in this time of trial and immense pain.

Women Groups In Imo Laud UNICEF, NOA Over Fight Against...

innonews - November 1, 2021 0
As part of his efforts to join hands with Governor Hope Uzodimma in sports development, a sports enthusiast and chieftain of the...