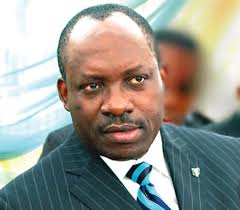 The All Progressive Grand Alliance, APGA in Imo State, says it will support the party’s governorship flagbearer in Anambra State, Prof Charles Soludo, with two sienna coaster buses and some campaign materials.

In a statement by the Imo State Chairman of the party in Owerri, John Iwuala, he said the vehicles and campaign items would be presented to Soludo at his campaign office along Awka- Enugu Expressway on Friday, September 24, 2021

The presentation holds a day to the governorship campaign flag off of Prof Soludo, which holds on Saturday, 25th September 2021.

He said the presentation and handover of the buses is a tip of the ice berg of what Imo APGA has in store for the party in Anambra State and for Prof Soludo.

He said the APGA in Imo State, intends to mobilize Imolites resident in Anambra State to support Prof Soludo.

He also commended the National Chairman of the party, Dr.Victor Ike Oye, for choosing Dr.Soludo, whom be described as a presidential material, to be APGA govenorship candidate in the forthcoming governorship election in Anambra State

innonews - June 26, 2019 0
The Federal High Court, Abuja, has deferred hearing of the matter brought before it by former Imo State Governor, Rochas Okorocha....

Why I Dumped PDP- Ex JAMB Board Member, Amugo Ugoji

innonews - November 10, 2017 0
Former JAMB Board member, Amugo Ugoji has said he dumped the Peoples Democratic Party, PDP for the All Progressive Congress, APC to support the...

innonews - March 6, 2018 0
Eminent Imolites from far and near witnessed the birthday celebration of fiery critic, Prof Protus Nathan Uzorma in Owerri. Among those who witnessed the event...

innonews - May 19, 2017 0
The 2017 Budget has been received by Acting Presidenct Yemi Osibanjo. The Appropriation Bill was passed by the National Assembly last week. The legislature passed a N7.444...