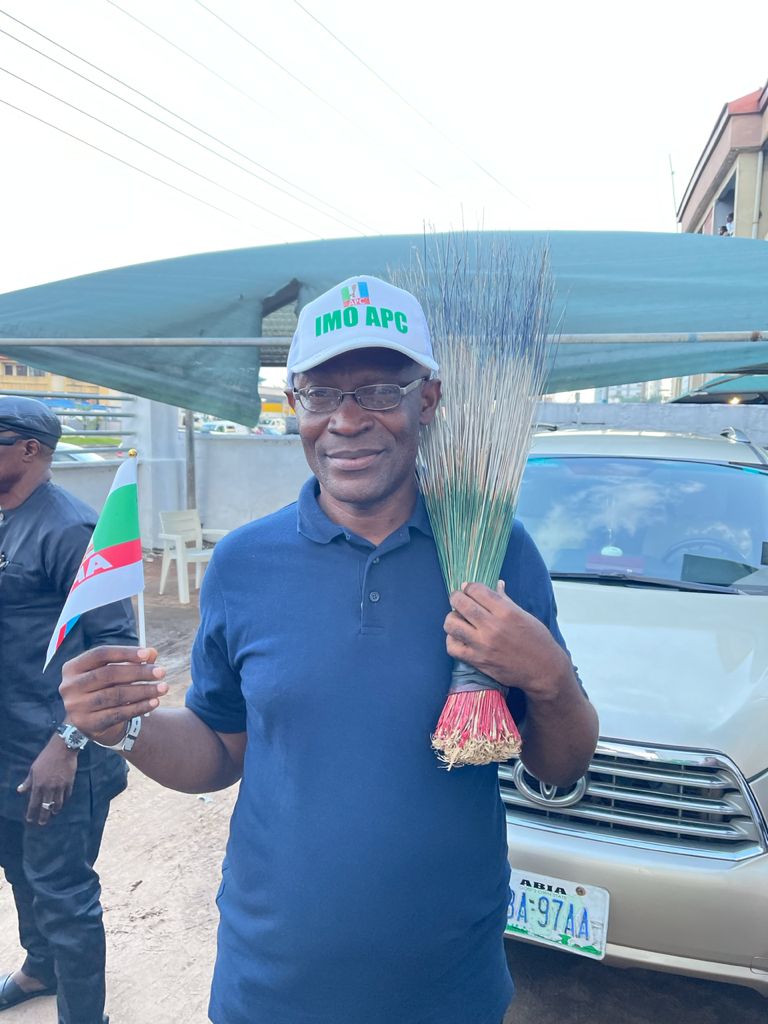 The tendency by some folks to drag metaphors and innuendos beyond the hyperbole to sarcasm in their discussions is more worrisome than laughable. So doing has stolen the shine off some ordinarily promising writers.

From the point of view of public discourse, figures of speech should be meticulously invoked and circumspectly applied, lest you lose your audience on the slab of unintelligibility and incomprehensibility.

Any individual or group that believes in the idea that by creating, changing and multiplying the nicknames of another individual or group, especially established leaders, he or she can gain anything requires dispassionate self-assessment a rethink.

From point of view of vital experience, we can aver that if anybody invents a million derogatory sobriquets for his more privileged, and more superior opponent, it won’t redefine the narrative about his or her superior.

Pharaoh, Nebuchadnezzar, Herod, Pilate, Judas, Supreme Court Governor, Made-Abuja-Governor, tyrant, dictator, and now we hear of Emperor. God knows what next cliché they will come up with soon. Yet, amid all of that the Executive Governor of Imo State remains His Excellency, Distinguished Senator Hope Uzodimma!

So, what’s the aim of the wasted creative effort in generating all manner of names and titles against the superior? It’s like a jealous and envious person seeing a beautiful clean lady, but yet asking her to go and take a birth!

On the latest nomenclature of “Emperor”, it’s too lazy and lousy. Honestly! There’s no Emperor in Imo State and even Nigeria because neither Imo State nor Nigeria is an empire. Short and simple!

The Oxford Advanced Learners Dictionary defines “emperor” as: “the ruler of an empire”! If there are still existing empires, then they may be found in the Orientals of Far East, not in the northern hemisphere.

In World History, there are accounts of Roman Empire, British Empire, Jewish empire, Oyo Empire, Benin Empire, Kanem Bornu Empire and such other empires. All notable empires have all fallen since over a century ago.

To the best of the knowledge of history, all of those empires have gone into extinction, with only relics and re-enactment of their replicable cultures and traditions remaining!

So, what must have encouraged anybody to talk about there being an Emperor in Imo State? That coinage qualifies for narrative of cliché. We would reiterate that there’s no Emperor just as there’s no empire in these parts!

Since name calling won’t do anything or change anything, why persevering in name calling? How does the title “Emperor” help Imo State and Imo people? What problem of the State and the people can the sobriquet of “Emperor” solve?

Rather than waste scarce time and other scarce resources conjuring names and weaving all sorts of tales from Fantasy Island against the governor, , which has been done for many months now without achieving anything, let Ndimo, both those in government and those in opposition, retreat and come up with ideas on how to better themselves in particular and better Imo State in general.

If anything untoward happens to Imo State, what will happen to you as an individual or group that has always prayed for evil to befall Imo? That’s one question that every should sleep and wake up with!

So, it’s not necessary raising a “wolf, wolf” alarm that Imo PDP wants to destroy Imo State. They can’t and they won’t. If Imo PDP destroys Imo State, what will they become? Automatically they become “Destroyed PDP”, since they won’t any Imo State to call their own!

Governor Uzodimma is a democrat, having been an active player in the subsisting very exciting 4th Republic of the Federal Republic of Nigeria. Ascribing the title of “emperor” to him is too infantile and unintelligent. It doesn’t convey any message, just as it doesn’t add to the corpus of knowledge.

In all honesty, it’s not all about the governor but more about the governed. Bickering and bantering, and charging daily like a battering ram for four years doesn’t form part of the New Year resolution of any serious, progress-minded individual! It doesn’t change anything! Meaningful and reasonable engagement of the government is the winning formula! Come, let’s reason together! Think!!

innonews - August 12, 2017 0
"I am gratified and thankful to God that today I was cleared provisionally, by the Adamu Maina Waziri led PDP screening committee to contest...

innonews - October 17, 2021 0
Permutations may change in the Peoples Democratic Party, PDP in Imo State with the adoption of Senator Samuel Anyanwu (Sam Daddy) as...

innonews - March 3, 2018 0
Thousands of supporters of Senator Ifeanyi Araraume, a chieftain and governorship aspirant of the All Progressive Congress, APC were on hand to receive the...