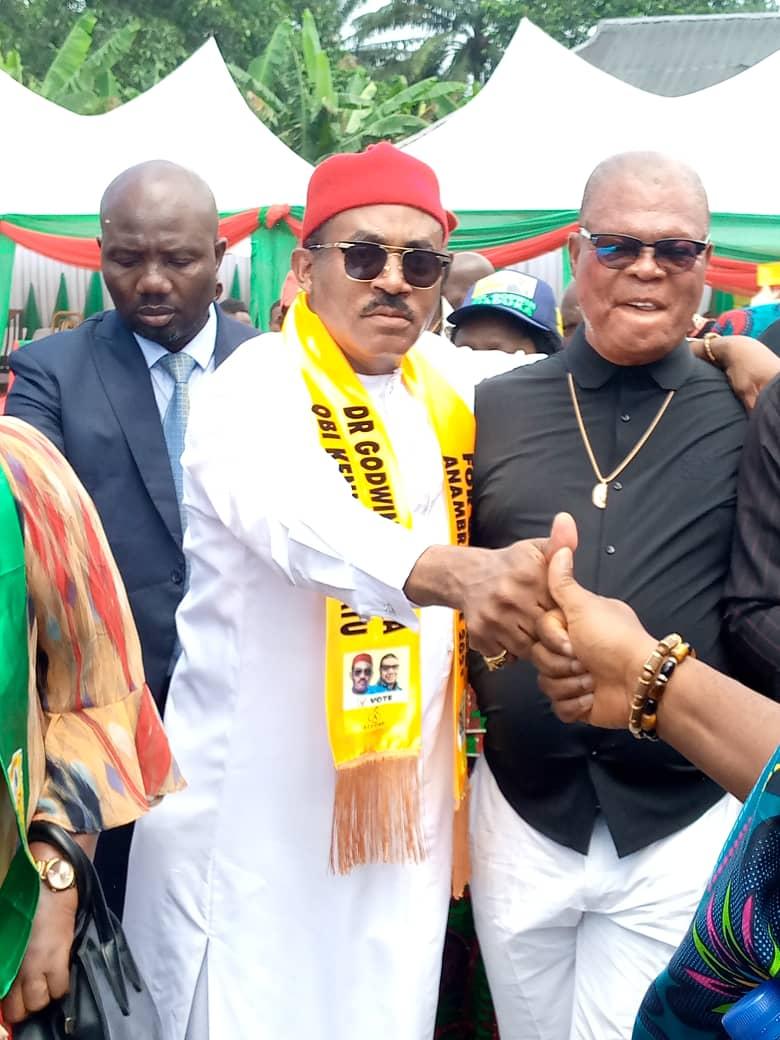 Emeakayi, a top notch of the PDP, has been described as the pillar and backbone of the party in Anambra State, having played influential roles to secure the Anambra South Senatorial seat for the party.

At a well attended ceremony which took place at Okija,on Tuesday, Emeakayi collapsed all PDP structures in Anambra South Senatorial zone for Dr.Maduka and his Deputy, Dr.Ifeatu Obi, as fit and proper persons to lead the good people of Anambra State.

And to kick start or cement the alliance, Dr. Maduka donated 21 Sienna buses to the LGA executives in Anambra South Senatorial zone.

The Maduka/Emeakayi alliance, has been described as a major leap for the Accord party governorship candidate, as the November 6, Anambra guber election draws close.

Fr.Mbaka: I Never Said God Is Angry With Buhari

innonews - August 12, 2019 0
BY: EJIKEME NNOROM The Spiritual leader of Adoration Ministry, Rev.Fr.Ejike Mbaka has denied media reports where he was reported...

innonews - March 20, 2020 0
Following the outbreak of Coronavirus in the country,the Ebonyi State government has ordered the immediate closure of all all private...