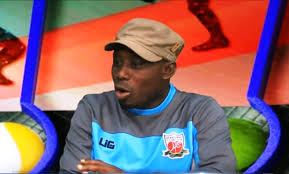 The five days historical event which commences this Sunday (12/09/021) at Alvan Ikoku Federal College of Education, Owerri Convocation Playing Ground will end this week Friday with more than 13 football clubs from South East and South South geopolitical zones poised to trade tackles as already fixtured in two killer groups comprising A and B.

The tournament which also is strategically packaged for reputable foreign clubs scouters to scout for talented players is being presented by Landmark Sports and Entertainment and powered by City Cruz Hotels, Owerri.

Oparaku, the Olympic Gold medalist who actively played for Nigeria as left full back defense maestro between 1996-2003 is also detailed to be the Special Guest of Honour during the crucial but empowering tournament.

To cement how important the multi million Naira tournament will be in the lives of Imo and Nigerian youths at large, the idols like Mikel Agu and Simy Nwankwo have been declared the Ambassadors of the world class tournament.

According to Mr. Maliki Kachi Atufule one of the prime organizers of the evergreen soccer fiesta “come prepared to thrill and win as there would be foreign club scouters to scout for talented players, special guests like
Antonio Gialloreto, Players Agent and Sports Attorney, Lian Sports Europe
Omar Sciolla and African Chief scout Olympic Marseille” he informed.

The tournament which is a life time opportunity is billed to uncover hidden Nigerian football talents that would export their trade overseas and hit headlines in the next football season.

innonews - December 4, 2018 0
22 Members of the Imo State House of Assembly who lost return tickets in the All Progressive Congress, APC have joined former Chief of...

innonews - September 13, 2021 0
Residents of Owerri, complied, though substantially to the suspended Sit At Home Order of the Indigenous People Of Biafra, IPOB.

innonews - April 9, 2020 0
Governor Hope Uzodinma should complete the circle of governance in Imo State by assigning portfolios to his Special Advisers, SAs and...