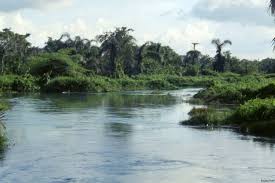 President Muhammadu Buhari has approved the conversion of Otammiri River to a Dam capable of powering a 10 mega watts plant that can generate electricity when completed.

This was disclosed by Governor Hope Uzodimma while addressing the congregation at a special church service at the Government House chapel, Owerri on Sunday ahead of Nigeria’s Independence Day Celebration.

According to him, the Dam when completed will also help improve water supply in the State.

He said it was a fallout from the Balloon driven technology underground tunnel which Mr.President commissioned.

Speaking on oil wells located in Imo State and ceded to Rivers State 20 years ago, he revealed that though the boundary adjustment Commitee through boundary demarcation had given back the oil wells to Imo State, the Rivers State Government had taken the matter to the Supreme Court, all in an effort to continue to deny Imo State what belongs to her.

He expressed dismay that even when some of the wells are located in Local Governments in Imo State such as Ejemekwuru in Oguta LGA, yet Rivers State, in collaboration with some selfish elements from Imo State who are benefiting from the scam, are bent on turning the table against Imo State.

He said “Imo State will eventually get justice at the Supreme Court and get back what belongs to her”, and that the State will be receiving additional N8billion monthly from Federal Allocation.

He announced a follow up visit to the State by Vice President Yemi Osibanjo on October 15 to administer the N12billion empowerment programme to the private sectors, traders, artisans and vulnerable groups as approved by the President for Imo State citizens.

innonews - November 7, 2017 0
Owerri City Gate Contractors Beg For Payment of Contracts. Contractors who constructed gates in Owerri city at the behest of the Rochas Okorocha administration has...

Osibanjo: Buhari’s Govt Does Not Segregate

In Politics, Overtaking Is Allowed, BY CHUCKS OSUJI

innonews - July 22, 2021 0
More than a day should be mapped out to celebrate the birth and existence of a humble, cheerful,...

innonews - July 4, 2018 0
The authorities of Imo State University, Owerri has said it is not true that tuition of students in the institution have been increased. An Owerri...