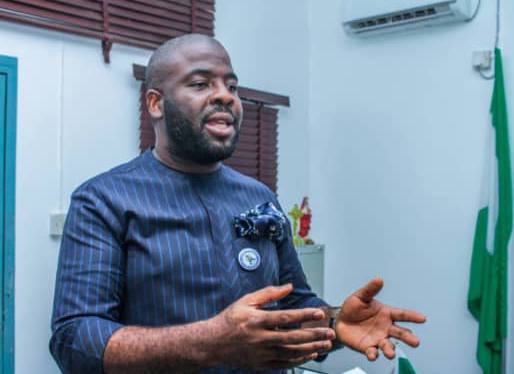 The need for shelter is but another necessity of man which often times is considered as a vital priority by any government and some private organizations.

Most individuals are adversely affected when this particular need is not met and for a worker who has no place to lay his or her head after the day’s work or activities is bound to retrogress and offer little or nothing.

While the need for affordable and conducive housing for imolites- civil servants and non civil servants is on the rise, Private Estate Developers have been given room for housing racketeering with many unwholesome practices thereby defrauding the General Public.

This is as a result of the moribund state of the Imo State Housing Corporation which was neglected by the previous administrations in the State and allowed Imolites to play into the hands of these fraudsters masquerading as Estate Developers in the State.

However, the recent appointment of Barr. Chinedu Mbakwe Obi as the General Manager/Chief Executive of the Imo State Housing Corporation by the Shared Prosperity Government of Governor Hope Uzodimma came with numerous tasks amongst them is to ensure standardization in Estate Development Business and to find ways of bringing quality assurance in the Housing Sector viz-a-viz affordable and conducive housing for Imolites.

In ensuring that the Imo State Housing Corporation lives up to its responsibilities and the expectations of Imolites as enshrined in the Shared Prosperity Government Mantra of Governor Hope Uzodimma, Barr. Chinedu Mbakwe Obi vigorously embarked on an overhauling mission in the Housing Sector in order to get rid of some private developers whose intentions are not for the good of Imolites and began to initiate partnership from both local and National Estate Developers in developing estates for Imo people.

These moves and sincere intentions did not just revive the corporation but brought about trust and the desire to do business with the corporation by communities that are now willing to offer their lands to the state government for building of estates which they see as a socio-economic development to their communities and with the influx of individuals willing to own or be allocated houses in the State owned estates to the Corporation only explains the fact that Imo State Housing Corporation has taken the center stage in the state.

The standardization brought to bare by the leadership style of Barr. Chinedu Mbakwe Obi has in no small way attracted the Real Estate Developers Association of Nigeria (REDAN) to partner and assist the Imo Government through Imo State Housing Corporation in meeting up with the housing demands of Imolites and complimenting the efforts of the state government.

The visit which was led by the National Treasurer of the association, Arc. Frank Ajaero, was necessitated by the need to identify and partner with the government of Imo State in it’s numerous Housing projects across the State and their intention to construct 100 units of 3bedroom bungalow apartment per Local Government Area (LGA), a project to be embarked upon by REDAN in order to supplement for the housing deficit across the state.

There is no doubt that soon Imolites will begin to benefit from the hard works put in place by the Corporation under the able leadership of Barr. Chinedu Mbakwe Obi as the issue of housing will become a thing of the past in the state while the Corporation will continue to remain active in their line of duty.

Youths Demand Creation Of Ministry Of Capacity Building And Empowerment

innonews - January 16, 2019 0
Youths under the aegis of National Youth Council of Nigeria, NYCN have called in the Imo State Government to create a...

innonews - December 2, 2018 0
*BY RALPH EJIMKONYE* The All Progressive Congress, APC has opened up on the defection of Uche Nwosu, son in law to Governor Rochas Okorocha to...