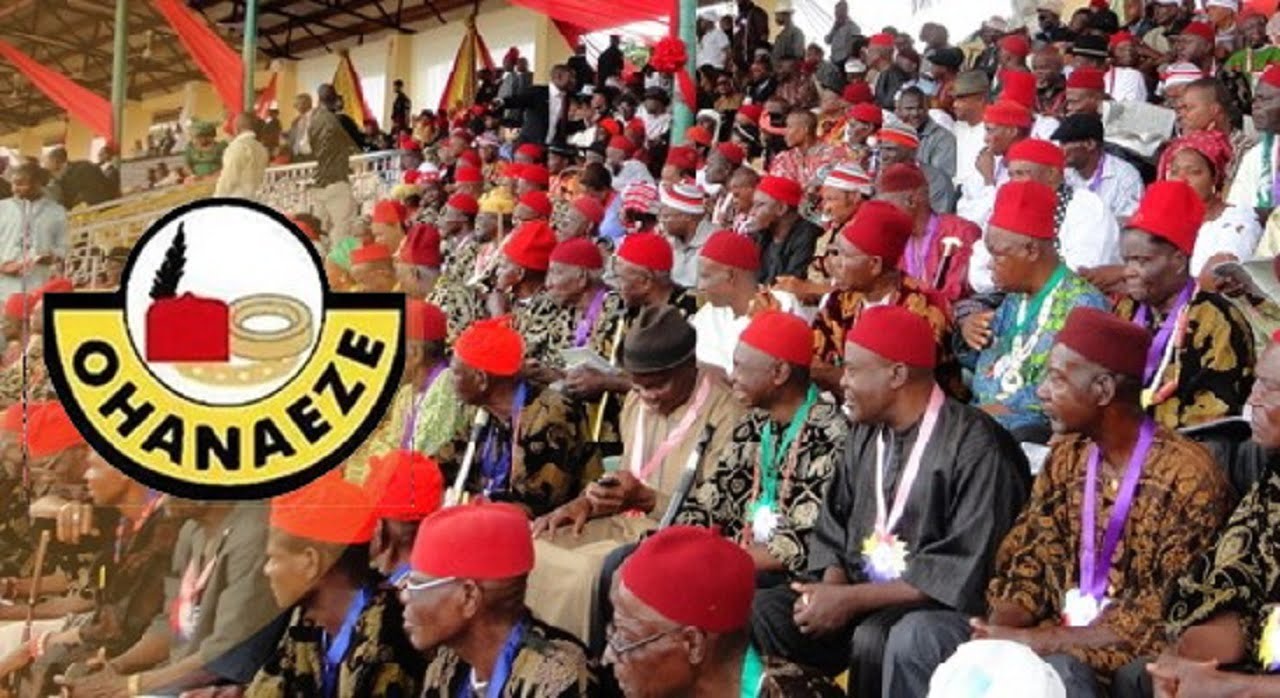 A raging debate on the quest by Igbo to produce the nation’s President in 2023 has continued to thicken.

The clamour for a Nigerian President of Igbo extraction became intense with the tenure of President Muhammadu Buhari coming to an end.

Several groups and individuals in the region have continued to drum the need for the Igbo nation to produce President Buhari’s successor.

This is as the two leading political parties in the country, the governing All Progressive Congress, APC and the Peoples Democratic Party, PDP, are yet to zone its presidential tickets ahead of the 2023 presidential election.

Both political parties have rather resorted to playing mind games, as they await each other’s political moves and steps with focused gaze.

However, the PDP is the first make a move towards 2023 by unveiling its zoning arrangement for party positions in the party as its National Convention is scheduled to hold on October 31.

The National Executive Committee, NEC of the party recently ratified the report of a committee on Zoning led by Governor Ifeanyi Ugwuanyi of Enugu State which zoned the national chairmanship position to the North.

Dr Iyorchia Ayu, a former Senate President was later announced the consensus national chairman of the party in line with the report of the zoning committee.

The PDP is however silent on which zone should produce its presidential candidate, despite the fact it had conceded its national chairmanship position to the North.

There is an emerging argument in the party that despite the zoning of the party chair to the North, the presidential flagbearer can emerge from any part of the country.

Since its formation in 1998, the PDP had stuck to rotation of its presidential ticket between the North and South, an arrangement which had produced Presidents Olusegun Obasanjo (South), Musa Yar’Adua (North) and Goodluck Jonathan (South).

However, the journey to the 2023 presidential election is taking a new route for the party as agitations for it to zone the presidential ticket to the South East has continued to thicken and gain momentum.

The South East Coalition for Good Governance, SECG, a socio- political organization had last week accused the opposition party of gambling with Igbos.

In a statement in Enugu signed by its President, Bernard Uba, SECG said the PDP should reward the South East with its presidential ticket for its undiluted loyalty and support to the party since 1999.

“The PDP has no reason to alter its zoning formula as enshrined in its Constitution. It is preposterous for the party to contemplate throwing open its presidential ticket. It will be a disservice to the South East which has maintained faith in the PDP despite the ferocious incursion of the APC in the region” part of the statement stated.

The PDP is not to be blamed alone for its unclear attitude towards the Igbo nation over its presidential ticket.

The All Progressive Congress, APC has also been advised to concede its presidential ticket to the South East.

Mr. Reuben Okoro, Coordinator of Eastern Peace Movement argued that the governing APC should consider an Igbo for its presidential ticket in 2023.

“Competent and qualified Igbo are not in short supply in the ruling APC. Aside this fact, the South East is gradually embracing the ruling party. Already, two States in the region are in the ruling party. Imo and Ebonyi States. With unfolding developments leading to the Anambra State governorship election, the APC is making serious incursions in that State and could possibly win the election

“The party should demonstrate clearly that it has a place for the Igbo as it has continuously mouthed. It has the opportunity to change the narrative that Igbo have no stake in the governing party” he concluded

Mr. Ken Ibegbulem, a political analyst said a Nigerian President of Igbo extraction will bring considerable stability in the nation particularly in the South East where agitations by separatists have been on the rise.

“Agitations for secession have been fueled by years of denial and injustice meted to Igbo nation. If the PDP and APC, which are the two leading political parties, concede its presidential ticket to the South East, it will considerably douse these agitations” Ibegbulem said

“The truth is, Igbo have not been given the opportunity to lead this nation. And this is unacceptable. If we are truly one Nigeria, we must not say it, we should demonstrate it” he argued.

Why There May Be No Governorship Election In Imo In 2019-...

Chelsea Opens Up On Abramovich’s Plan To Sell Club

innonews - August 26, 2018 0
Chelsea have reacted to claims that its owner Roman Abramovich wants to sell the club. Rumours were rife that the club owner was looking for...

innonews - May 11, 2017 0
Many members of the Peoples Democratic Party, PDP in Imo State are on the edg of uncertianty as a result of the ongoing legal fireworks...

innonews - June 7, 2019 0
Nigeria striker, Kion Etete has been snapped by English premier club, Tottenham Hotspur. The club made the...