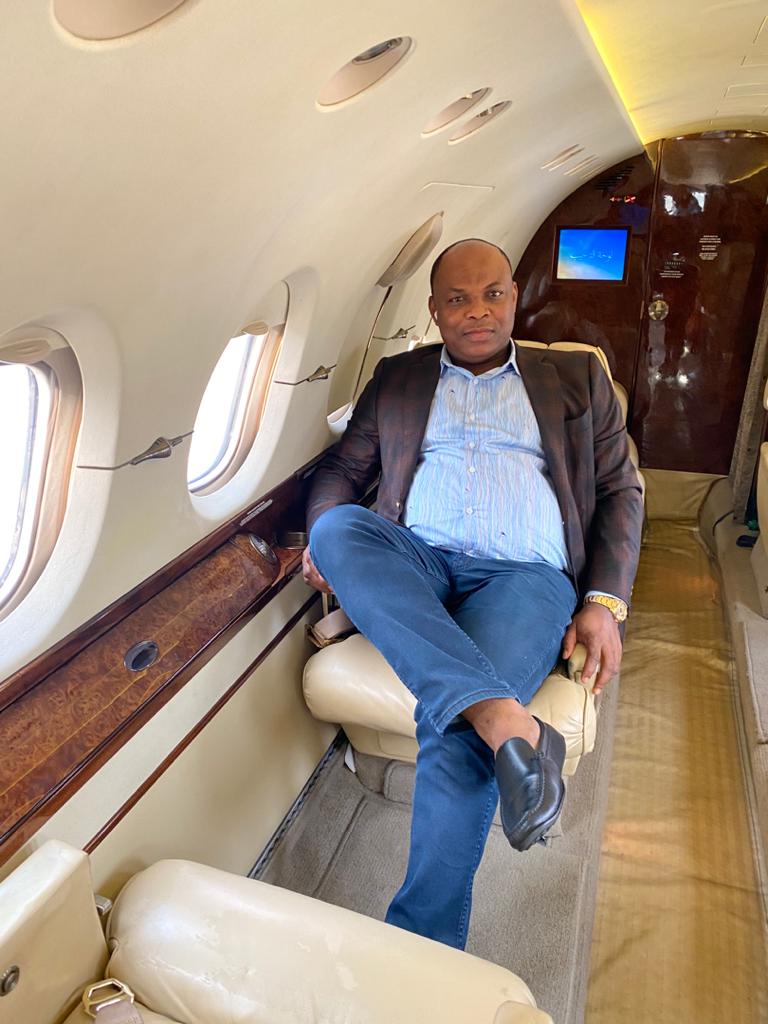 To say they are going extinct is not an under statement.In a world where good values have eroded, it is rare to see men and women who remain committed and devoted to the cause of aiding humanity.

One of them is, Dr. Alex Mbata, the business czar, the Prince from Ngwoma Obube in Owerri North LGA of Imo State, who has been described as a pillar of success, a man of excellence, who has in words and deeds, elevated giving to those on the lower ladder of life, as an art.

Call him an empowerment gladiator, a phenomenal leader, you are not mistaken. Mbata has unconsciously emerged a leader of men, a cosmopolitan and cerebral, whose unassuming nature can disarm anyone.

At 50, Mbata has already made a mark on the sand of history which will be difficult to erase. In business, in philanthropy and academia, he has attained the zenith of success.

Through his Humanitarian Foundation, he has engaged in life changing humanitarian activities for many, which makes him not a stranger to kind gestures. He is a giver and givers they say, never lacks.

Despite having deep pockets and does not wear the “clothes” of arrogance which “bigmen” in this part of the world are known for, Mbata, an embodiment of humility has built a vast business empire, which has employed thousands of Nigerians irrespective of tribe or religion.

ABM as known in the corporate world, does not belong to the club of elite oppressors who prey on the needy for self gratification, adulation or for political gain.

He is neither the perfect definition of a typical Nigerian politician, who dispenses favour and goodwill to reap political gain or followership in return.

Rather he has remained an unrepentant promoter of public good with verifiable chains of humanitarian deeds and actions. Soon, he will unveil the biggest empowerment programme in Imo State with beneficiaries set to benefit from a multi million naira empowerment scheme driven by the Alex Mbata Humanitarian Foundation.

Aside his humanitarian activities, Mbata through his ABM Global Group, has contributed enormously to the growth of various sectors of the nation’s turbulent economy, recording huge impact in real estate, the hospitality industry, Oil and Gas. And the success of his vast business empire is evident in it’s reach and presence in Owerri, Imo State capital, Lagos, Port Harcourt, the United Kingdom and the United States.

As an educationist, Mbata has made unique and significant contributions to the growth and advancement of the education sector in Nigeria.

He was Pro Chancellor and Chairman, governing council of Imo State University, Owerri, where he elevated IMSU to be a quality citadel of learning.

His impeccable record, positive antecedents earned him a presidential appointment, when President Muhammadu Buhari appointed him as a member of Federal Government/ASUU Reconciliation and Negotiating Commitee led by renowned educationist, Prof Wale Babalakin, which proffered solutions to wide range of issues which plague Nigeria universities, and also addressed the welfare of Nigerian lecturers.

At 50, Mbata has remained a consistent soothing balm to the less privileged and exhibited a fiery passion for human capital development.

He bears the image of a humanist, an advocate of the downtrodden who has put humanity first before politics.

His chain of public deeds are enormous. And they are away from the media razzmatazz and glitz because he belongs to the rare class of few sucessful people who do not wear the garment of importance or arrogance.

If not for Governor Hope Uzodimma, who led officials of the Imo state government to appreciate the good deeds of a worthy citizen of the state, there would have been no ‘paparazzis’ or noise about how Mbata single handedly constructed a 2km road with street lights and drainage, worth millions of naira in the heart of Owerri Municipality.

Before then, he had unannounced donated N20 million naira to the State government to tackle Covid 19 and gave out palliatives worth millions of naira to the downtrodden to cushion the effects of the virus.

As he clocks the golden age of 50, this practical lover of humanity and epitome of simplicity, is in full swing for more exploits in years to come. And if he could achieve such feat at just 50, Mbata would attain Olympian heights in all spheres of human endeavour by the time he clocks 70 and above. Happy birthday to a man of many parts!

innonews - February 19, 2018 0
Who is the one that says God does not answer prayers? He is the one who does not understand the primordial essence of existence...