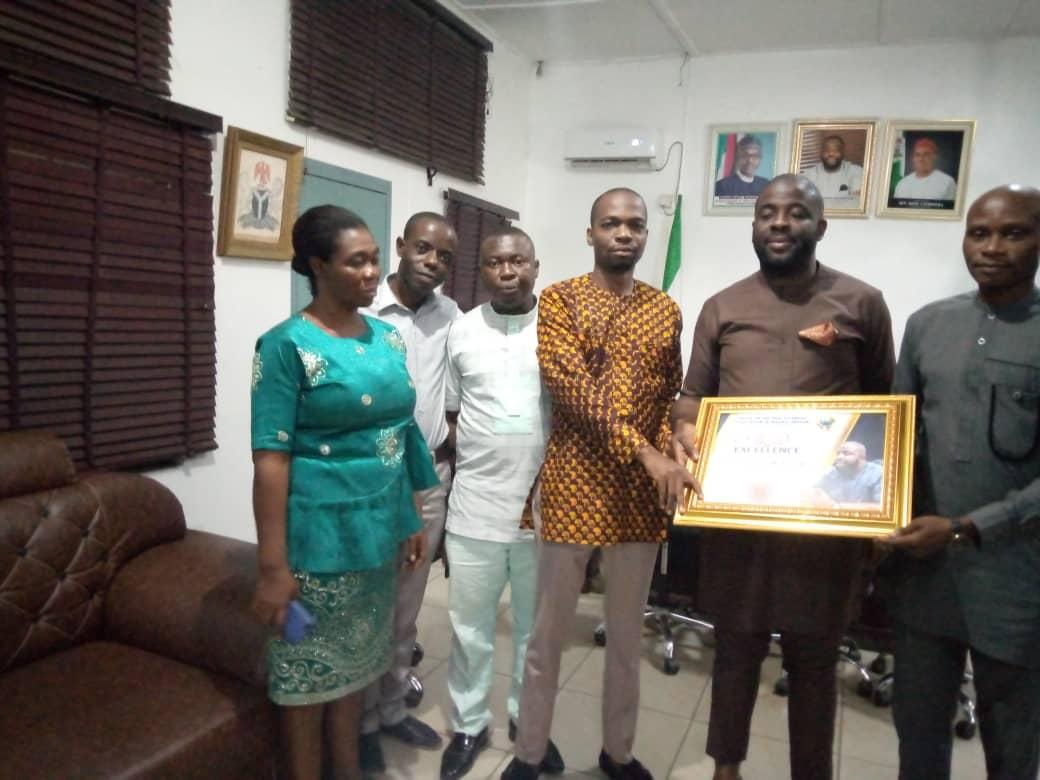 30,000 housing units will soon be provided by the Imo State government to tackle housing deficit in the State.

Speaking after he received an award of excellence as “Most Outstanding Shared Prosperity Government Appointee” from Media Online Practitioners Association of Nigeria, MOPAN, Imo State chapter,  an umbrella body of online media practitioners in Imo State, Mbakwe Obi said  the Corporation is doing everything possible to ensure housing in the state becomes affordable  for the average Imolite and citizens of the state own houses of their own.

He said parameters have been put in place by the state government to ensure that the 30,000 houses are provided.

Mbakwe Obi further revealed that Imo Housing Corporation emerged tops in revenue generation for the state, by making huge returns to the Treasury Single Account, TSA. He described Governor Hope Uzodimma, as youth friendly Governor, who has given many youths opportunity to serve in his administration.

Speaking on his award, the General Manager thanked MOPAN for finding him worthy of such prestigious award

“I am elated and I consider this honour as a rare privilege. I m strengthened and I have no reason not to double my efforts in moving the corporation forward” he said.

The Chairman of MOPAN , Mr. Innocent Onyeukwu, disclosed that the group came together to bring sanity in online media practice in Nigeria and in Imo State in particular. He reiterated that the association after its careful sectoral appraisal of some key government agencies and prastatals in the State, took note of what Barr. Chinedu Mbakwe-Obi is doing to restore the lost glory  Imo Housing Corporation is known for in the past.

Onyeukwu solicited for the partnership of Imo Housing Corporation with Media Online Practitioners Association of Nigeria, MOPAN, to help project its good policies and programmes which is aimed at providing affordable housing to all Imolites.

Presenting the award of excellence to Barrister Mbakwe Obi, the South East Zonal Secretary of Nigeria Union of Journalists (NUJ), Comrade Eze Adiuku, congratulated the General Manager of Imo Housing Corporation, for his outstanding performance in office since he was appointed by Governor Hope Uzodinma.

He urged the GM not to relent in doing his best to ensure that the Cooperation meets the housing needs of Imo people.

innonews - October 18, 2017 0
For the second time in less than a month, top chieftains of the All Progressive Congress, APC at the national and state levels were...