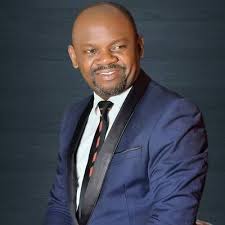 In a statement in Owerri signed by Mr.Innocent Onyeukwu and ThankGod Emeh, President and Secretary, NOAP, Imo State, urged Mr. Osuji to lead the association with the fear of God and undiluted commitment.

The group described Mr.Osuji, as a seasoned broadcaster with the capacity and vast experiece to effectively lead the association.

NOAP urged the new leadership of Association of Radio and Tv presenters, in Imo State, to also continue to uphold the tenets and ethics which regulate broadcast journalism.

He called for a synergy and co operation between NOAP, Imo State and the Association, for effective service delivery in information collation and dissemination to the general public in the State.

Why I Appointed My Sister Happiness Commissioner- Okorocha

innonews - December 6, 2017 0
Imo State Governor, Rochas Okorocha has explained why he appointed her biological sister, Mrs.Ogechi Ololo Commissioner For Happiness and Purpose Fulfilment. According to a statement...

Mbaka: Trouble Politicians Should Stay Away From My Ministry

innonews - March 13, 2019 0
The Spiritual Director of the Adoration Ministry, Enugu, Rev Fr. Ejike Mbaka has warned politicians who make trouble in the country to stay...