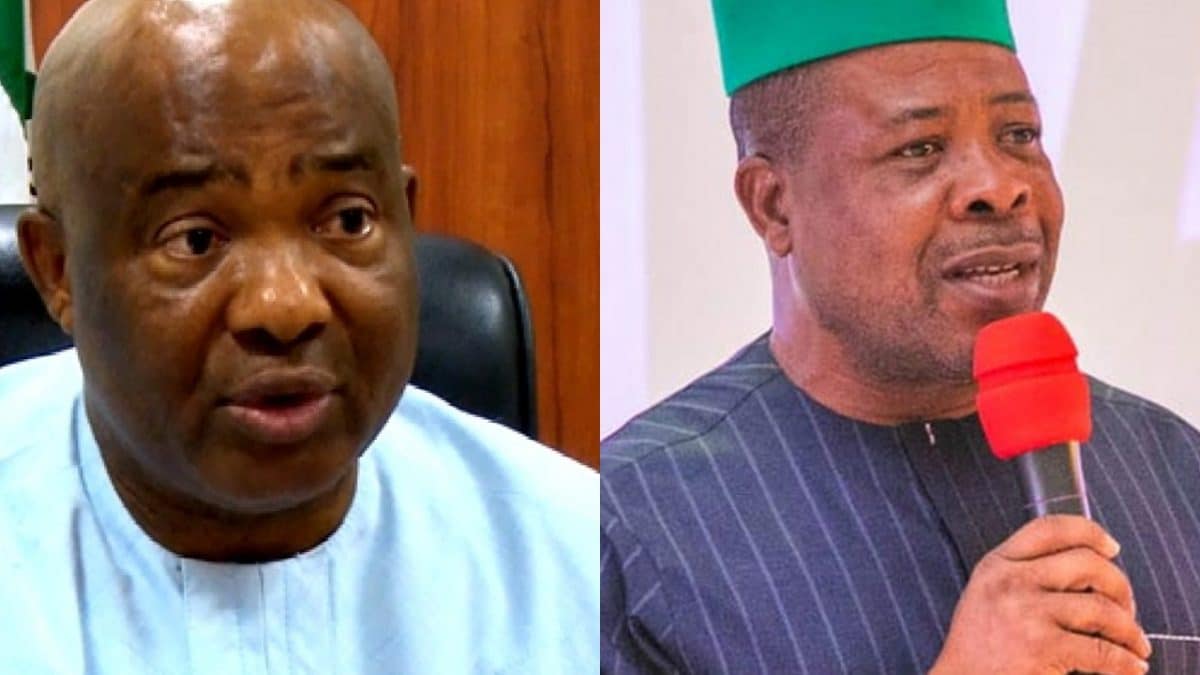 With the next governorship election in Imo State expected to hold in 2024, the political terrain is already getting charged in the state.

The 4th anniversary of the Egbu declaration where former governor of the state, Hon. Emeka Ihedioha, said the people of Owerri zone should keep their eyes on the ball, in otherwords they should focus on the governorship of the state, has sparked fresh activities in the dull political arena of the State with strong indications that Ihedioha may be preparing to take another shot at Imo guber in 2024.

Ihedioha of the Peoples Democratic Party, PDP was sacked as governor of Imo State by the Supreme Court in January 2020 and replaced with Senator Hope Uzodimma of the All Progressive Congress, APC.

Some analysts who spoke to INNONEWS contend that the 4th anniversary of the Egbu declaration held last week, was a tune up exercise to send clear and early signals that the former governor is getting ready for the titanic battle ahead- using the jingle of zoning and injustice to Owerri zone- as his propelling factor.

Since 1999 democracy returned to Nigeria, Owerri Zone had produced Ihedioha as governor of Imo State, who governed for mere seven months, while Orlu zone where Uzodimma hails from, would have done 20 years on the saddle of governance of the State in 2024, considering the fact that Achike Udenwa and Rochas Okorocha, both of them from Orlu zone, had collectively governed the state for 16 years.

However, in what appears counter moves to the Egbu Declaration event which was mainly attended by PDP chieftains and spearheaded by allies of Ihedioha, Governor Hope Uzodimma is now set to hold an interactive meeting with the newly elected Booth, Ward, LGA and State officers of the APC in Imo State on Saturday, November 20,2021.

The event will hold at Admiral Ndubuisi Kanu’s Square, formerly Heroes Square, according to an official statement by the party. The meeting is the first between the Governor and party officials at all levels in the State, two years after the Supreme Court enthroned Uzodimma as governor of the state.

Governor Uzodimma has thus far maintained stronghold of the APC in Imo State by successfully shutting out former governor of the State, Senator Rochas Okorocha and Senator Ifeanyi Araraume from the party.

Mr. Augustine Ibegbulam, a political analyst based in Owerri said the timing of the meeting indicates that the governor has begun to prepare grounds to actualize his second term bid after installing his allies to take charge of the party structure at all levels in the State.

“I think the Egbu declaration event staged by PDP leaders and Ihedioha’s speech that he will not campaign in 2024 may have rattled the APC led government in Imo State. The event was an eye opener to the APC and the governor, that if he does not put his house in order and early enough, danger looms ahead. I believe this is the reason why they now decided to jump start activities within the party, apparently geared towards giving hope to despondent party members ahead of the next elections. This is the first time Uzodimma since he became governor is meeting party officials at all levels” he said.

With Council elections to hold in March 2022 and creation of Development Centres by the state government underway, there are clear indications that Uzodimma may have begun the journey of a second term, with the first step of dispensing patronage and “compensation” to his political foot-soldiers and allies who have been in limbo and have been grumbling in the past two years.

innonews - May 15, 2018 0
The beauty of democracy and indeed its attractiveness to many is the broad participation as well as the guarantee of periodic, genuine and credible...

Griezmann Gets NO.17 Shirt At Barcelona

innonews - July 14, 2019 0
Antoine Griezmann will wear the no. 17 shirt for Barcelona. His jersey number was confirmed on Sunday, during his...

innonews - April 22, 2019 0
Customs officers at Hong Kong International Airport recovered more than half of a kilogramme of cocaine from a Nigerian woman who allegedly...

innonews - October 15, 2017 0
Following the unveiling of the Statue of South Africa President, Jacob Zuma in Owerri,Imo State, South East Nigeria, the presence of other statues yet...